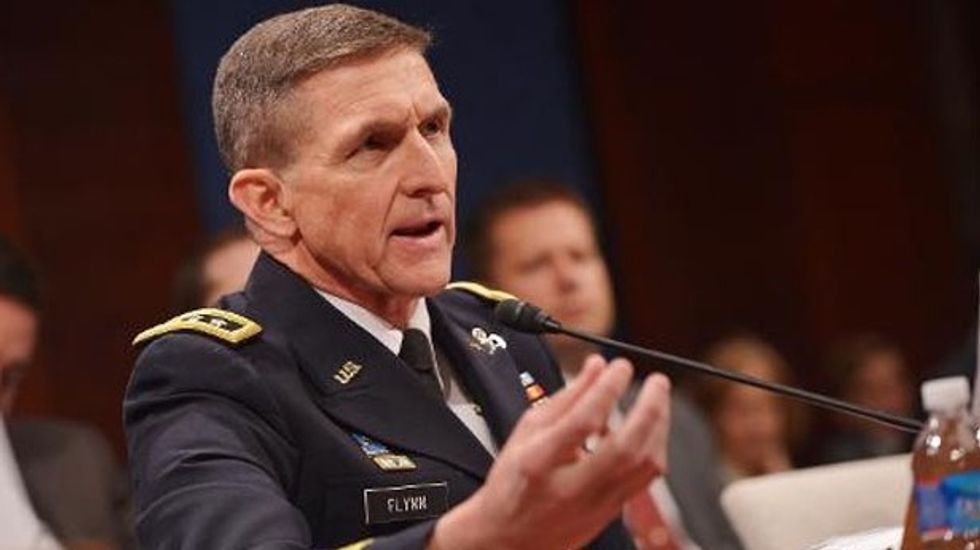 US spy agencies warned the White House of imminent action by Russia in Ukraine and were not caught off guard by the crisis, a top official said Friday, rejecting criticism from lawmakers.

Facing accusations the spy services were taken by surprise, the head of the Defense Intelligence Agency, Lieutenant General Michael Flynn, said in an interview the intelligence community predicted the likely intervention of Russian troops up to a week in advance.

"I think for easily seven to 10 days leading up to the Russian troops as we see them now in Crimea, we were providing very solid reporting on what I would describe as just strategic warning," Flynn told National Public Radio.

The warnings gradually escalated to the point where Russian intervention in Crimea was described as "imminent," Flynn said.

A spokesman for the Central Intelligence Agency, Todd Ebitz, also hit back at criticism from Congress, saying the spy agency "has regularly updated policymakers to ensure they have an accurate and timely picture of the unfolding crisis."

"These updates have included warnings of possible scenarios for a Russian military intervention in Ukraine. Any suggestion otherwise is flat wrong," he told AFP.

The spy agencies are sensitive to accusations of botched intelligence, given a mixed track record that includes colossal failures including the run-up to the US invasion of Iraq in 2003.

The CIA was blindsided by the fall of the shah in Iran in 1979, the Soviet invasion of Afghanistan the same year and the 9/11 attacks in 2001.

Some lawmakers say the intelligence agencies have failed again.

"It was not predicted by our intelligence, and that's already been well known," Senator John McCain said this week at a hearing.

He called it "another massive failure because of our misreading, total misreading of the intentions" of Russian President Vladimir Putin.

Mike Rogers, the Republican chairman of the House Intelligence Committee, said his panel was examining the performance of the spy agencies.

"We have begun a review to see what pieces were missing here," Rogers said.

The Los Angeles Times, citing unnamed sources, reported that the deputy director of national intelligence, Robert Cardillo, did not suggest military action was imminent when he spoke to lawmakers last week at a closed-door briefing.

However, the DIA's Flynn insisted that US political leaders had ample warning of what could be coming in Crimea, where Russian forces have taken effective control over the peninsula in the worst East-West crisis since the Cold War.

"I think that when the evidence, if you will, is looked at, the results will show that there was good strategic warning provided to our decision makers in order to make the right kinds of decisions about what sort of policy actions may be taken," he told NPR.

Moscow has denied it deployed troops to Crimea after Ukraine's pro-Russian president fled the capital Kiev.