'Green Revolutionary' Norman Borlaug honored with statue in the Capitol 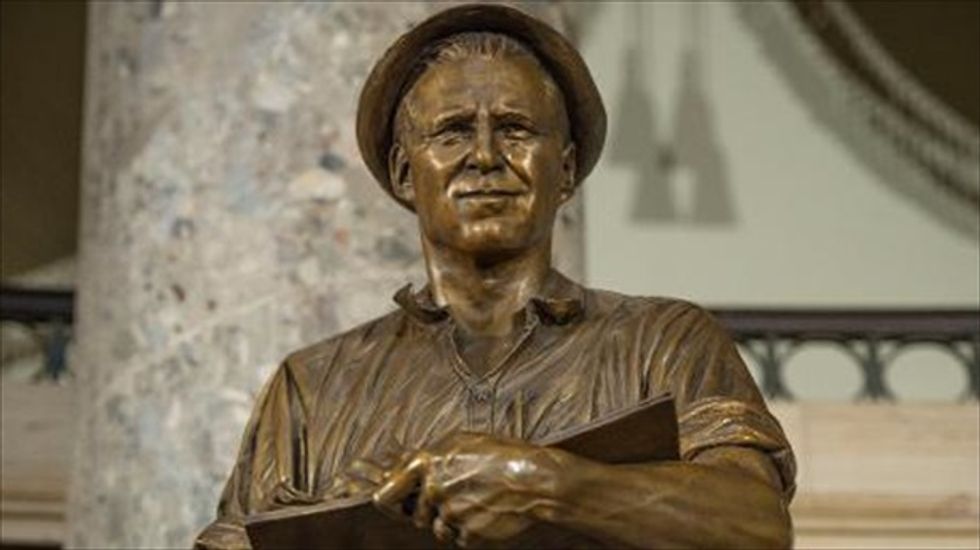 A statue of Dr. Norman E. Borlaug stands after an unveiling ceremony in Statuary Hall at the US Capitol on March 25, 2014 [AFP]

Norman Borlaug, whose work on disease-resistant wheat is credited with saving up to one billion lives, on Tuesday received his latest posthumous honor -- a statue in the U.S. Capitol.

On what would have been Borlaug's 100th birthday, lawmakers unveiled a seven-foot (two-meter) bronze likeness of the father of the "Green Revolution" in the National Statuary Hall in the heart of the Capitol where each state dedicates two statues.

Borlaug, who died in 2009, developed a wheat strain that is estimated to have doubled production between 1965 and 1970 at a time of fears of mass famine across the globe.

"Upwards of one billion lives have been saved across the world," said Senator Tom Harkin from Borlaug's home state of Iowa. "Not bad for a kid who began his education in a one-room rural schoolhouse!"

House Speaker John Boehner said at the dedication: "Here will stand a great emancipator for our times, one who freed many from fear and want, once again gently making us look up from the noise to see the bigger things."

Borlaug received the Nobel Peace Prize in 1970 and was awarded the top two US civilian honors. India's embassy in Washington honored Borlaug's descendants at a reception last year to mark the 50th anniversary of the scientist's first trip to the South Asian country.