Half of Americans now believe same-sex marriage a constitutional right 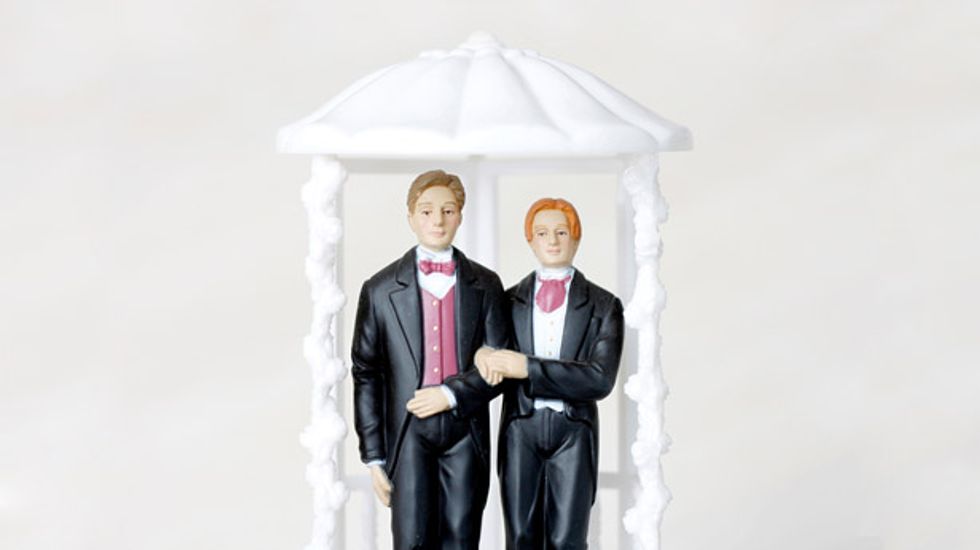 More that half of Americans believe same-sex marriage is a "constitutional right,' according to a new Langer Research poll released Wednesday.

"Viewing gay marriage as a constitutional right peaks, at 67 to 71 percent, among the non-religious, young adults, liberals and postgraduates," the survey says. It "bottoms out at 22 percent of strong conservatives, 29 percent of evangelical Protestants and about four in 10 Republicans, older adults and rural dwellers."

"The results continue a dramatic transformation of public attitudes on the issue, led by political, legislative and court-ordered developments alike," it added. "Seventeen states now allow gay marriage, and federal courts in four others – most recently Texas and Virginia – have rejected laws banning it."

According to the survey, support for gay marriage in general broke the fifty percent mark in 2011. It has climbed every year thereafter.

Some other interesting details it notes from recent polls:

* In a Time/CNN poll in 1992, just 29 percent of Americans supported allowing gay  couples to adopt children. That advanced to 49 percent in an ABC/Post poll in 2006 – and

to 61 percent now, a sizable majority.

* Sixty-five percent say being homosexual is just the way people are, rather than the way they choose to be – similar to a year ago (62 percent) but up from 49 percent when first asked by ABC/Post polls in 1994. The number who see being gay as a choice has ebbed from 40 percent two decades ago to 25 percent now.

Increasingly, Republicans are coming to support same sex marriage as well. Last week, Republican heavyweights in the West filed an amicus brief with the U.S. Court of Appeals for the tenth district, arguing that marriage bans in Oklahoma and Utah are unconstitutional.

“The themes of liberty and freedom resonate especially well in the West,” a former counsel to Gov. Mitt Romney told the New York Times in an article published today.

You can read the full poll and results here.