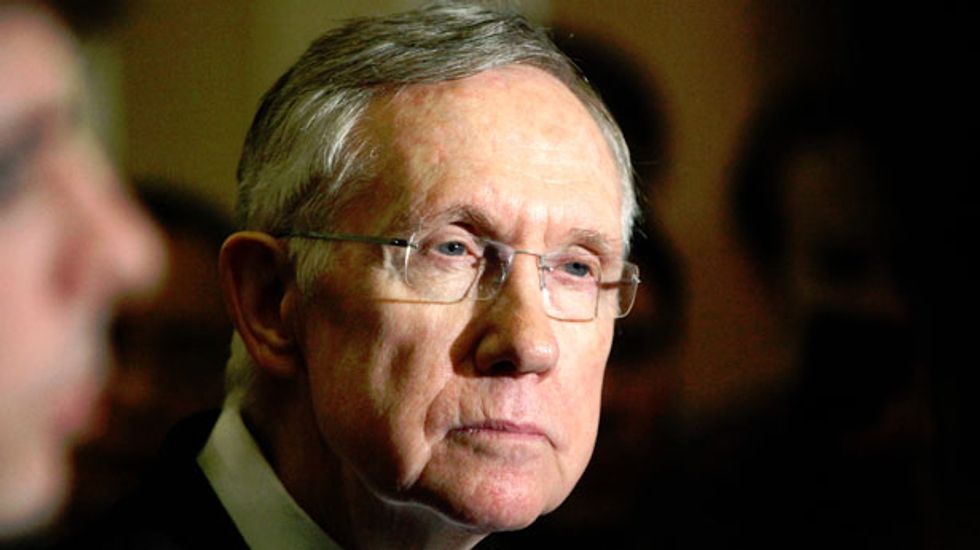 By Patricia Zengerle and Richard Cowan

WASHINGTON (Reuters) - The leader of the U.S. Senate on Thursday ordered an investigation into what he called an "indefensible" breach of the Senate Intelligence Committee's computers by the CIA.

Senate Majority Leader Harry Reid said accusations that the Central Intelligence Agency spied on the panel's computers as it investigated the use of harsh interrogation techniques raised concerns about possible violations of the Constitution.

"The CIA has not only interfered with the lawful congressional oversight of its activities, but has also seemingly attempted to intimidate its overseers by subjecting them to criminal investigation," Reid said in a letter to Attorney General Eric Holder obtained by Reuters.

"These developments strike at the heart of the constitutional separation of powers between the legislative and executive branches," Reid added.

Senator Dianne Feinstein, who heads the Senate Intelligence Committee, accused the agency last week of searching computers used by committee staffers examining CIA documents related to the use of harsh interrogation methods such as simulated drowning, or waterboarding, in the wake of the September 11, 2001, attacks on the United States.

The veteran California Democrat - generally a staunch defender of the national security community - also denied wrongdoing by members of her staff in a strongly worded speech on the Senate floor.

The Senate Intelligence Committee is responsible for oversight of the CIA.

Reid said he would have the Sergeant at Arms, the Senate's chief security officer, begin a forensic examination of computers assigned for exclusive use by Senate Intelligence staff.

"The CIA's decision to access the resources and work product of the legislative branch without permission is absolutely indefensible, regardless of the context," Reid wrote.

He said the agency's actions cause him "great concern" as leader of the U.S. Senate.

Reid also wrote to John Brennan, the director of the CIA, asking for cooperation with the investigation of what Reid said would mark the third time since 2010 in which the agency acknowledged intruding into Intelligence Committee computer networks.

Both letters were dated March 19.

"To my knowledge, the CIA has produced no evidence to support its claims that Senate committee staff who have no technical training somehow hacked into the CIA's highly secure classified networks, an allegation that appears on its face to be patently absurd," Reid wrote to Brennan.

The CIA's press office did not immediately respond to a request for comment.

The Justice Department had no immediate response to Reid. "We are reviewing the letter," department spokesman Brian Fallon said in an email.

Attorney General Holder told a news conference on Wednesday that Justice was reviewing the referrals from the CIA on the Intelligence Committee's interrogation review. He said receiving a referral does not mean the department would investigate.