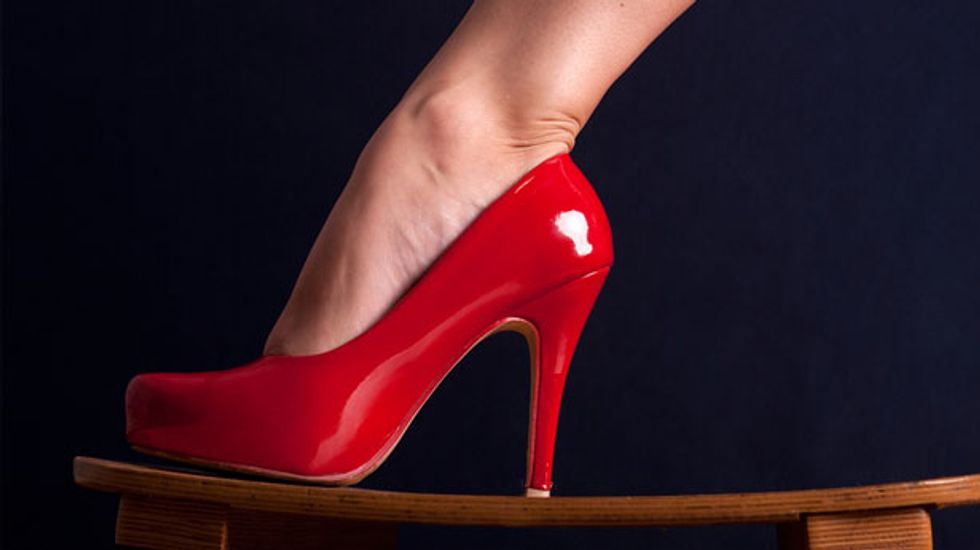 HOUSTON (Reuters) - A woman charged with beating her boyfriend to death with a stiletto high heel after a night of drinking faced a Texas jury on Monday as opening arguments began in a trial expected to take about a week.

Prosecutors say Ana Trujillo, 45, stabbed University of Houston professor Stefan Andersson, 59, several times in the head with her spiked-heel shoe after the pair returned to his upscale Houston condominium from a night out.

Lawyers for Trujillo have told reporters she was acting in self defense while prosecutors have told media she was responsible for a horror movie-type murder where she used the shoe to inflict about two dozen stab wounds, with most to the victim's face and neck.

In its opening statements, Trujillo's defense team accused Andersson of being an alcoholic, and described the alleged murder weapon as more of a platform-heeled shoe, not a pointy stiletto, local media reports said.

In their opening statement, prosecutors argued that Andersson's face had been punctured and pierced by the stiletto heel, according to local CBS affiliate KHOU.

Andersson, a native of Sweden, taught at the university's Center for Nuclear Receptor and Cell Signaling, specializing in women's reproductive health, the school said.