Hundreds of children abandoned by smugglers en route to US: Mexico 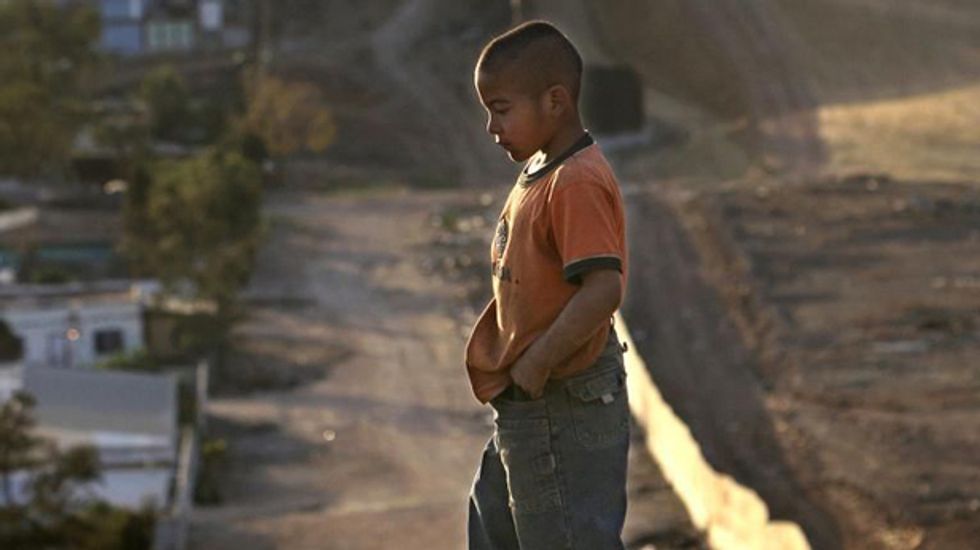 Authorities in Mexico said Saturday they found more than 370 children dumped by people smugglers while trying to make their way into the United States.

The National Institute of Migration (INM) said the huge number of children, from different nations in Central America, were discovered in just a single one-week period in March.

The figure included some 163 children who were abandoned because they were not traveling with an adult family member or an acquaintance, the INM said in a statement.

In many cases, the children had been left in dangerous or difficult transit points by guides who had been paid between $3,000 and $5,000, it said.

The children were found between March 17 and 24 across 14 states, the INM said, without specifying the ages and nationalities of the children.

"The children showed signs of extreme fatigue, foot injuries, dehydration, disorientation and not knowing where they were abandoned," it said.

Authorities arrested nine suspected traffickers in connection with the case.

INM has said the numbers of immigrant children traveling alone through Mexico "has increased significantly" in recent months.

Some 140,000 undocumented immigrants, the vast majority from Central America, attempt to make the perilous journey through Mexico into the United States every year.

Many travel with children and trust "coyotes" to guide them across the border into the United States.

The migrants are often targeted by criminal gangs, with robberies, extortion, rapes, kidnappings and murders common.