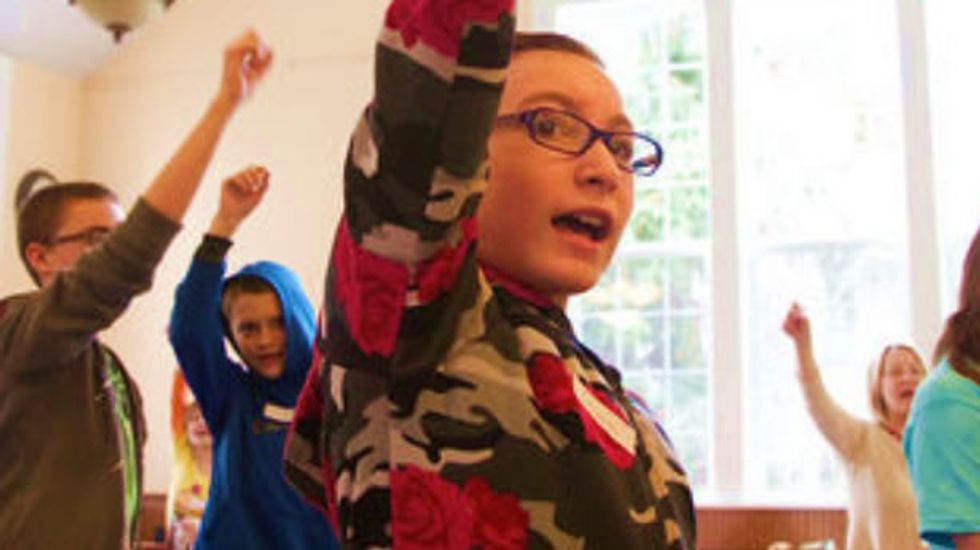 Hemant Mehta writes at The Friendly Atheist that students in Oregon are being allowed to skip fundamental classes in order to attend what he calls an "indoctrination program."

According to Mehta, PREP4Kids offers a shuttle to transfer students from Banks Elementary School to Banks Community United Methodist Church. Once there, they learn "about God and how He made the world."

The program claims to be non-denominational, and teaches the Christian Bible in four-year cycles. Volunteer Tia Adams -- who does not need to be licensed by the state to teach this course, and has taught it since 2007 -- said that "I just love teaching kids about the gospel."

According to OregonLive, the program operates under a decades-old law that allows students to leave school to attend religious classes with their parents’ approval.

On March 4, 2014, Adams's lesson-plan required students to learn the meaning of the word "catastrophe" and understand the concept of sin, in order to understand the Biblical story of Noah's ark. Adams spoke about the animals that went aboard, including dinosaurs, and the class ended with a recitation of the 10 Commandments and singing in the church's chapel.

Banks School District Superintendent Bob Huston said that the problem with the programs is that taking students out of the classroom -- even for only an hour -- can have a significantly deleterious effect on their progress relative to their classmates.

"It’s just clumsy to try and make that work," he said. "When you take students out of school for one hour a week, that’s significant."

Watch a report on PREP4Kids from OregonLive below.

US diplomatic boycott: What does it mean for the Olympics?

The United States has announced a diplomatic boycott of the Beijing Winter Olympics to protest China's human rights record, particularly its handling of Muslim minorities that Washington considers a form of genocide.

Here's what the move means.

Disappointment. That’s what it is, the emotion casting a pall over my mind as I think about the United States Supreme Court and its readiness to strike down Roe, or gut it. Disappointment, of course, is tied to expectation. That expectation, in turn, is tied to my sense of political time. It moves forward. It progresses. It doesn’t turn back.

The idea of progress, of political time moving forward independent of human agency, has a complex history. But David Rothkofp captured it neatly over the weekend in a piece about “gut punches” to democracy.