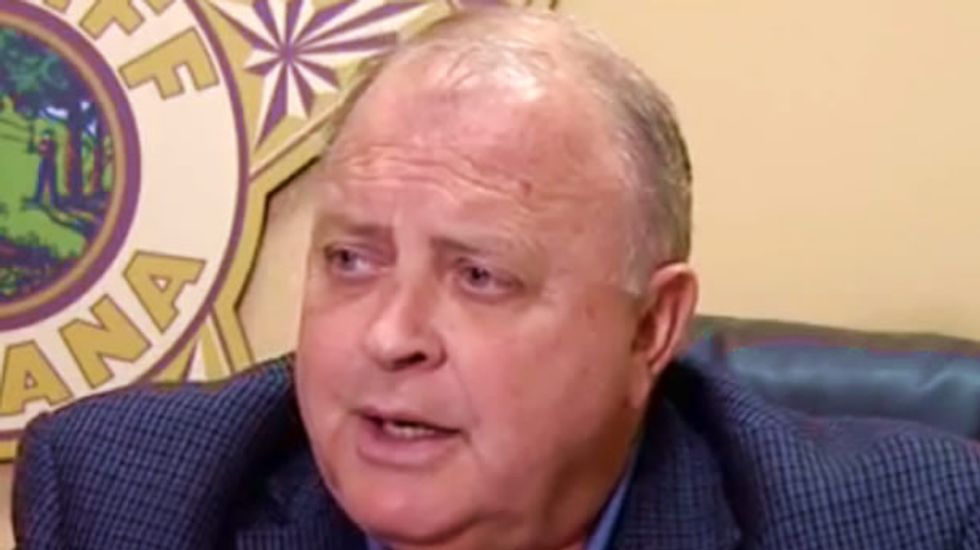 Last week, an Indianapolis woman arrested for failing to appear in court was transferred to the men's cell block at the Marion County Jail.

Gina Barger was arrested on March 19, 2014 after she failed to appear in court on a theft charge. She was taken to the Marion County Jail, where she developed a problem with one of her toes. She was taken from the women's cell block to the infirmary, but was returned to the men's cell block.

According to her mother, Roxanna, Gina called her in a panic. "Mom, I went to medical to have my toe fixed, when they brought me back, they brought me into a man’s cell block and I’m with complete men," Gina said.

The prison was completely unaware of the error until notified by Roxanna. "I called the jail and made them aware that I had received a call from my daughter and she was in a wrong cell block," she told WISH.

Marion County Jail Commander Gary Tingle called the mistake "embarrassing," telling WISH that "[w]e’re still sorting through the facts of the issues and how it did transpire, but it did happen."

"We’re going through a lot of electronic things that we have; clock around system that we’ve got to try to determine, one, how it happened and two, just how long she was in there,” he continued.

Commander Tingle said that he had instituted a series of procedures after a similar incident occurred last year, when a male inmate had been deposited into an all-female cell-block. At the time, Commander Tingle claimed that the mistake was the result of the cell block having been recently switched from an all-male to an all-female holding facility.

"As to how this was able to happen again, with these corrective measures in position. The block was labeled, so we’re trying to sort through as to how that could possibly have happened," Commander Tingle said.

Watch a report on the incident from WISH below.