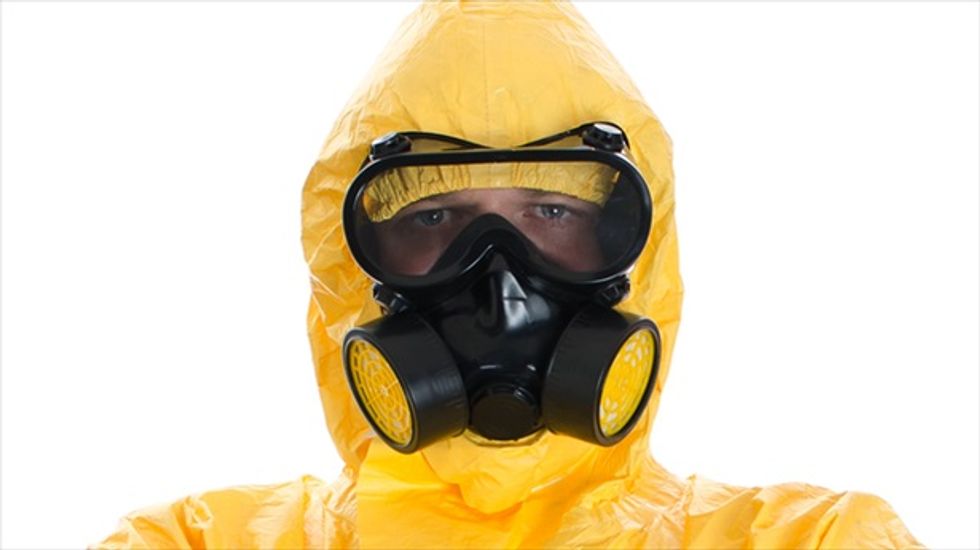 (Reuters) - An investigative team plans to re-enter an underground nuclear waste site in New Mexico next week for the first time since an accidental release of unsafe levels of radiation there last month, a U.S. Energy Department official said Thursday.

U.S. authorities now say that 21 workers at the Carlsbad-area "waste isolation pilot project" (WIPP) were exposed to radiation after the accidental leak from the site, which stores waste from U.S. nuclear labs and weapons production facilities.

Eight workers will test air for contamination as they seek to make their way into an ancient salt formation half a mile below ground where radioactive waste is stored, Energy Department spokesman Bradley Bugger said in a statement.

The team will wear protective clothing and use self-contained breathing devices in a mission designed to determine the cause of the February 14 accident.

Testing of surface air in and around the Energy Department complex has shown elevated levels of radiation since the mishap, but those have steadily decreased. None reached concentrations considered harmful to human health or the environment, Bugger said.

He added that four additional employees at the facility in the Chihuahuan Desert have tested positive for contamination based on more stringent testing protocols. That brings to 21 the number of workers who inhaled or ingested particles emitted from the decay of radioisotopes like plutonium while working above ground on February 14 or the following day.

The amount of radiation the workers took into their bodies is very low and they are not expected to experience ill health effects, Bugger said.