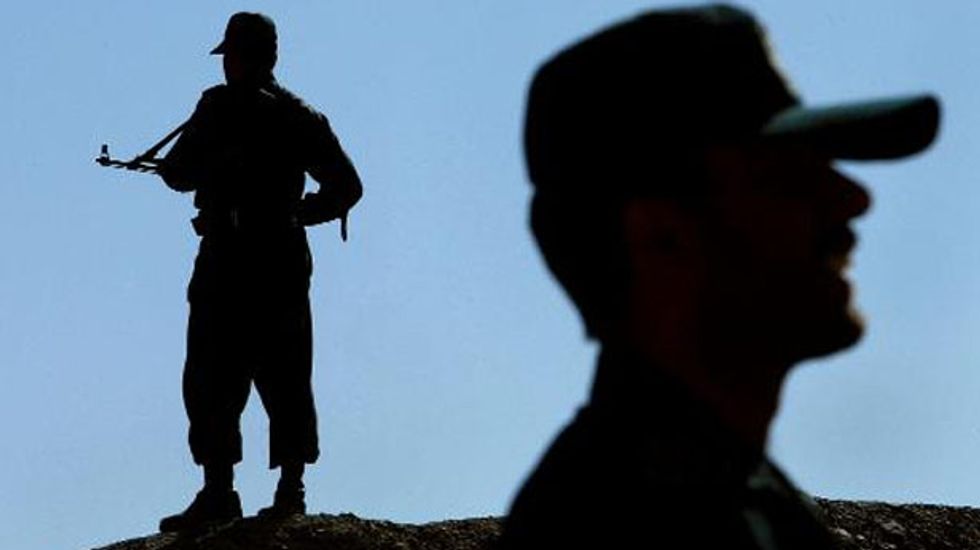 His urgent plea to the UN chief came after Jaish-ul Adl, the rebel group operating in southeast Iran, claimed to have killed one of the five abducted soldiers and threatened further executions.

Ban had on Tuesday condemned the reported killing as an "appalling act" and urged that the perpetrators be brought to justice.

The young soldiers, who were serving their 24-month mandatory military service, are believed to have been taken into neighbouring Pakistan after being kidnapped in February.

Zarif linked the abduction to what he termed a series of "terrorist atrocities against Iranian citizens, including diplomats and other officials", according to a copy of his letter to Ban posted on his Facebook page.

He decried action against Shiite Iran by "state-sponsored extremist groups, with similar patterns of funding, coordination, support and direction".

Zarif did not name any countries but Iranian officials have pointed the finger of blame at regional rivals, particularly Sunni powerhouse Saudi Arabia, for a number of attacks against Iranian diplomatic missions in Lebanon, Pakistan and Yemen.

Relationships with Riyadh have deteriorated in recent years over Tehran's controversial nuclear drive and its support for the Syrian regime, as well as Saudi support for Bahrain in face of a Shiite uprising.

A diplomatic source in Tehran said the letter could pave the way for a debate within the UN as "state-sponsored terrorism" is a regional issue.

Jaish-ul Adl, which took up arms in 2012 to fight for what it says are the rights of Iran's minority Sunni population, on Sunday warned of further executions should Tehran refuse to release Sunni prisoners.

It claimed responsibility for killing a local prosecutor and 14 Iranian border guards in an ambush in 2013.

Ties with Islamabad have taken hit since the abduction, with Iran criticising what it calls Pakistan's inability to secure its borders and purge its soil of militants.