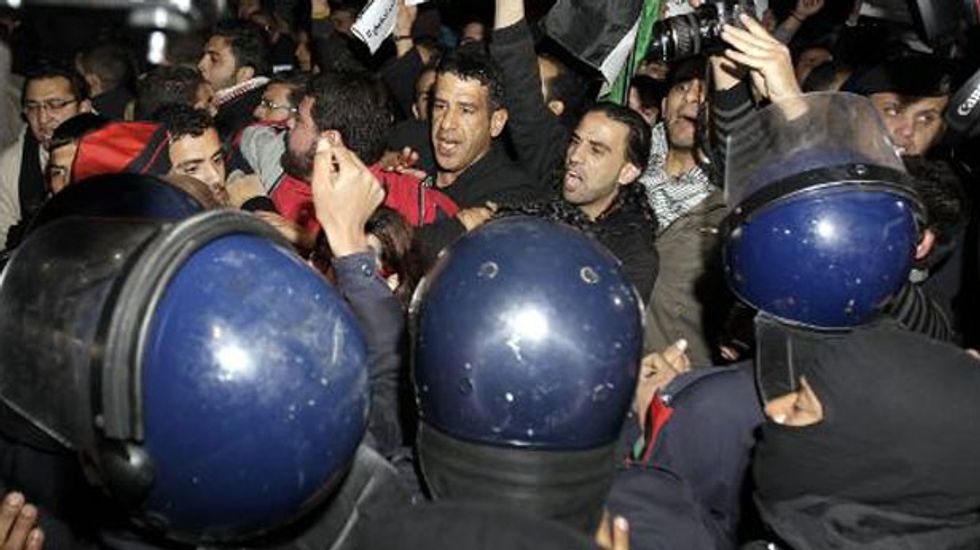 Israel expressed regret on Tuesday over the fatal shooting of a Jordanian-Palestinian judge by Israeli troops at a West Bank border crossing, a statement from the premier's office said.

"Israel regrets the death of Judge Raed Zeiter yesterday (Monday) at the King Hussein (Allenby) bridge and expresses its sympathies to the people and government of Jordan," the statement from Prime Minister Benjamin Netanyahu's office said.

The shooting, which took place on Monday morning, sparked the fury of both Jordan and the Palestinians, with protesters in Amman demanding the expulsion of the Israeli ambassador and the abrogation of the two countries' 1994 peace treaty.

The statement said Israel had shared the results of a preliminary inquiry with Amman, and had "agreed to a Jordanian request to establish a joint Israeli-Jordanian team to complete the investigation."

A preliminary investigation by the army published on Tuesday claimed that Zeiter had charged at soldiers with a metal pole, prompting troops to open fire at his legs.

He had then started strangling a soldier, so they opened fire again, it said. He died shortly after.

The joint investigative team was to start its work "promptly', the statement said, without giving further details.

Zeiter was buried in his home city of Nablus in the northern West Bank earlier on Tuesday, with Jordan calling for the Israeli soldiers who shot him to be punished.