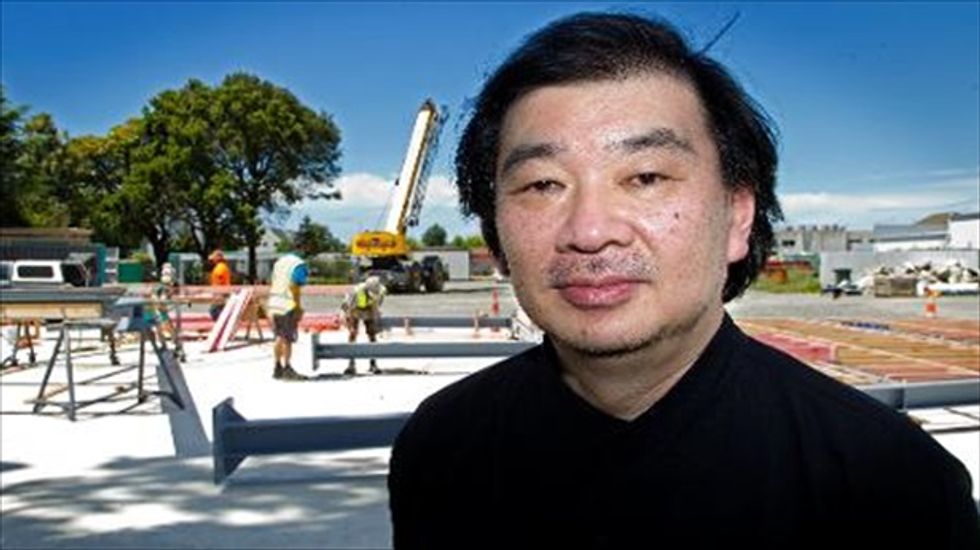 Award sponsor The Hyatt Foundation said Monday that it had chosen the 56-year-old architect, who has offices in Tokyo, Paris and New York, as its 2014 laureate.

Ban, who works in disaster zones and with private clients, has spent about two decades travelling the world to help design low-cost but dignified housing and community buildings in hard-hit areas, the foundation said in a statement.

"Shigeru Ban's commitment to humanitarian causes through his disaster relief work is an example for all," said foundation head Tom Pritzker.

Ban said the award was "a great honour".

"And with it, I must be careful. I must continue to listen to the people I work for, in my private residential commissions and in my disaster relief work," he was quoted as saying in the statement.

"I see this prize as encouragement for me to keep doing what I am doing -– not to change what I am doing -- but to grow," said Ban, who has previously served as a member of the Pritzker prize jury.

In a show of modesty, he said he did not feel worthy of the honour.

"I haven't achieved that level yet," Ban told AFP by telephone from Copenhagen.

The foundation highlighted Ban's frequent use of locally-sourced cardboard tubes for columns, walls and beams, noting the recyclable material was easy to mount and dismantle. It can also be made flame-resistant and water-proofed.

His best-known works included a paper cathedral in earthquake-hit Christchurch in New Zealand and temporary housing in Japan, following the 2011 quake-tsunami disaster.

He also built temporary classrooms with paper columns for children hit by the Sichuan earthquake in 2008.

Ban's innovative flair has attracted corporate clients and cultural facilities, such as Swiss media firm Tamedia's seven-storey headquarters built with an interlocking wooden frame that has no metal joints, and the Centre Pompidou-Metz in France.

The architect was born in Tokyo to a Toyota employee father and a mother who was a haute couture designer.

He attended school first at the Southern California Institute of Architecture, and earned his bachelor's degree in architecture from Cooper Union in New York City in 1984.

Ban, who said architects had a "social responsibility", began humanitarian work in response to the 1994 Rwandan genocide that displaced millions.

The United Nations High Commissioner for Refugees hired him as a consultant after Ban proposed building paper-tube shelters for refugees in the strife-torn central African country.

Since then, he has used his talent to help disaster victims in Japan, Turkey, India, Sri Lanka, China, Haiti, Italy, New Zealand, and currently, the Philippines.

When he is not designing new buildings, he teaches at architecture schools around the world and is a professor at Kyoto University of Art and Design.

This was the second straight year that a Japanese took architecture's highest honour.

The 2013 winner was Toyo Ito, who has designed many innovative homes and public buildings in his native country.

Ban will receive a $100,000 grant and a bronze medallion at the formal awards ceremony in Amsterdam in June.