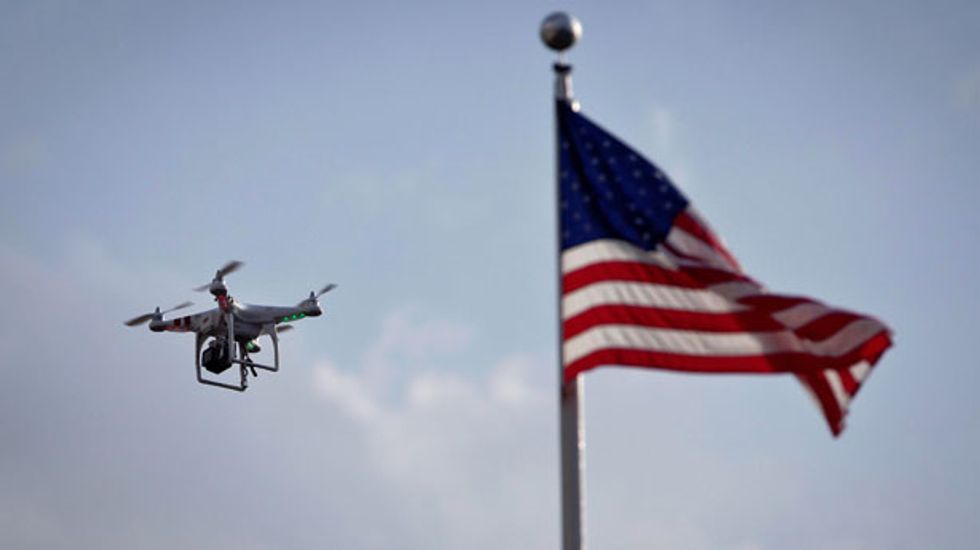 WASHINGTON (Reuters) - A U.S. judge has thrown out a fine by the Federal Aviation Administration against the operator of a small commercial drone, a decision that could open up the nation's skies to more unmanned-aircraft flights.

The case involved a $10,000 fine levied by the FAA against Raphael Pirker for operating a drone while filming a commercial in 2011 for the University of Virginia, a violation of the agency's ban on the commercial use of unmanned aerial vehicles.

Administrative law judge Patrick Geraghty dismissed the fine on Thursday and ruled that the agency's prohibition was not enforceable because it was based on a policy statement outside of the formal rule-making process.

"Policy statements are not binding on the general public," Geraghty, a judge with the National Transportation Safety Board, wrote in his decision. The NTSB decides appeals of FAA enforcement actions.

The FAA said in a statement that it was reviewing the decision and noted that it could be appealed to the full NTSB.

The ruling only involves drones flying below 400 feet and weigh less than 55 pounds (25 kg).

Pirker is the only person fined by the FAA for violating the ban, but the agency has contacted other commercial drone operators, including a Minnesota brewery that wanted to deliver beer by drone to ice fishermen, and told them to stop.

Real estate agents, farmers and others have employed small drones for aerial photography in violation of the rules. Geraghty's decision could pave the way for more such flights.

The FAA is working on regulations for the use of small commercial drones but the agency says they won't be ready until the end of the year.

The Association for Unmanned Vehicle Systems International, a non-profit industry group, said the decision "underscores the immediate need for a regulatory framework" for small drones.

"Our paramount concern is safety," the association said in a statement.