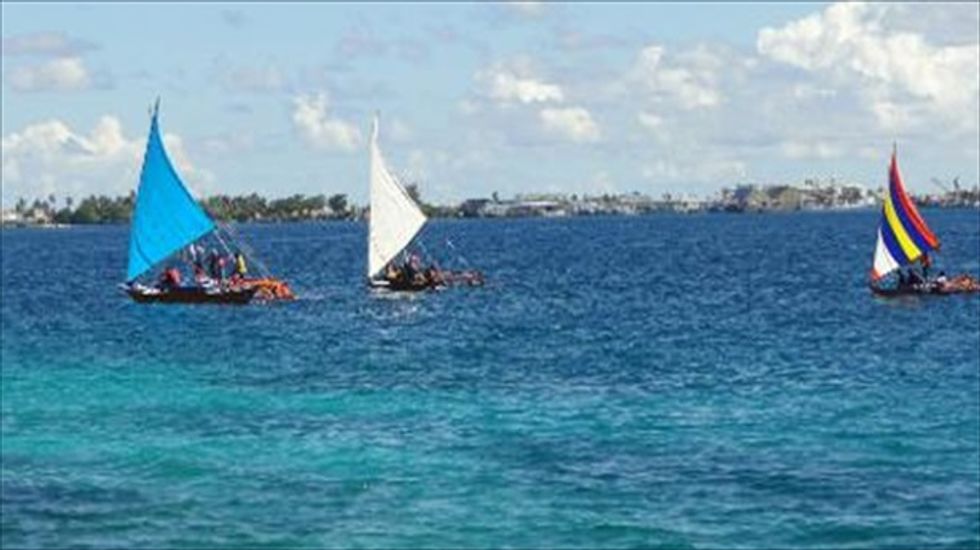 Outrigger canoes are shown near the Marshall Island's capital Majuro on Sept. 3, 2013[AFP]

Officials in the Marshall Islands blamed climate change Wednesday for severe flooding in the Pacific nation's capital Majuro which has left 1,000 people homeless.

The Marshalls declared a state of emergency in the wake of the flooding, which peaked Monday when surges caused by so-called "king tides" inundated areas of the low-lying capital.

Senator Tony de Brum, the Minister Assisting the President, said king tides were a regular phenomenon, but not at the damaging levels seen this week.

"This is far, far from being a normal situation," he told the Australian Broadcasting Corporation.

"I put that down to climate change... these things are far more intense than before and leave more destruction behind than they used to."

Alson Kelen, a resident of a small island located about a mile from the downtown area of Majuro, said this week that the king tide was the highest he had ever experienced.

The UN Office for the Cooordination of Humanitarian Affairs said there had been no reports of fatalities or serious injuries due to the flooding.

Climate change is a major concern for Pacific island states such as the Marshals, Kiribati and Tuvalu, where many atolls are barely a metre (three feet) above sea level and risk being engulfed by rising waters.