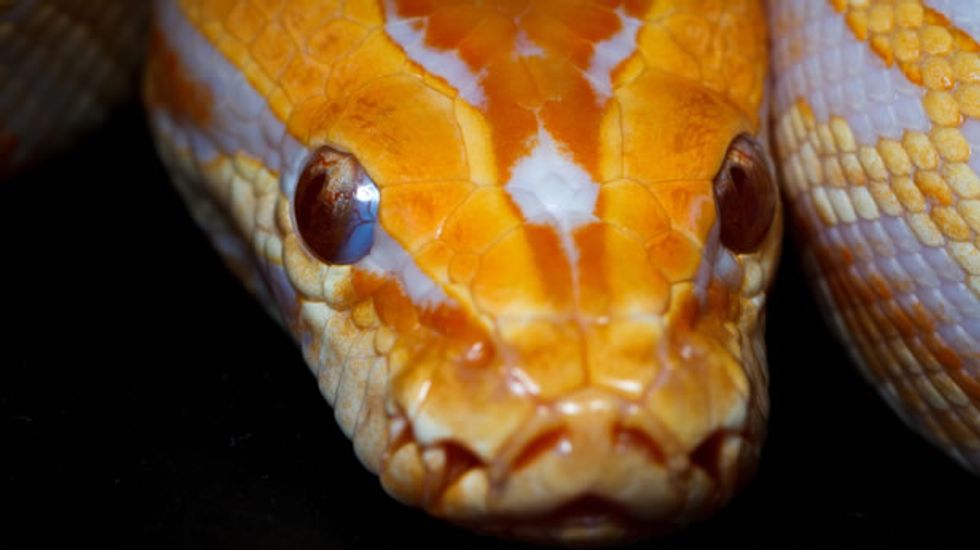 A Michigan firefighter is being praised for running into a burning building to save a 6-foot-long python.

On Sunday, firefighter Scott Hemmelsbach was asked to enter a two-story, smoked-filled house and rescue the python from a terrarium. The house's owner "was asking all the firefighters if anyone would go in and rescue the snake, but no one wanted anything to do with it. They looked at me and said, 'Would you do it?'"

Hemmelsbach had had some experience dealing with large reptiles -- he had learned how to handle them for presentations to elementary school students while attending Grand Haven High School -- but he wasn't prepared for what he found upon entering the second-floor living room.

"It was trying to crawl up the side of his terrarium and get out. His face was pushed up on the screen and trying to get out. There was a lot of smoke and he was trapped," he told The Muskegon Chronicle.

"I removed the screen off the top and knew to approach it by coming up behind his head. He became very active, and I was glad because that meant that he was OK."

"With my left hand," he continued, "I secured his head and then I just scooped him up with my right arm and cradled him in my chest and took him over to Canteen 450 where there was a very happy reunion."

"I would do it for any creature," he said. "I’m just glad it had a happy ending."