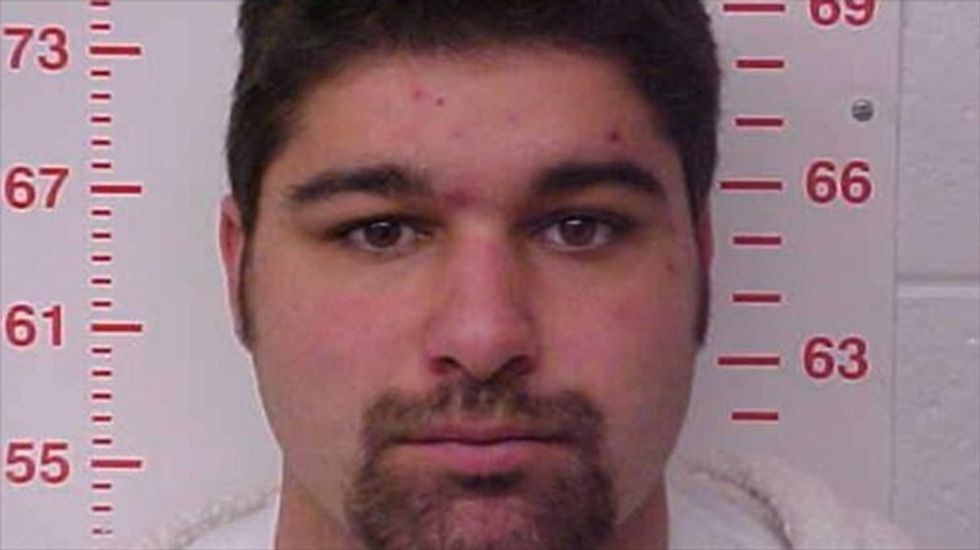 (Reuters) - A Missouri man has been sentenced to 15 years in prison after telling police he was hoarding weapons for a mass shooting at a movie theater or a Wal-Mart store, prosecutors said on Thursday.

Blaec Lammers, 21, was convicted in January on charges of first-degree assault and armed criminal action. Even though he did not bring weapons to the theater or store, Missouri law allows for the charges because he was gathering weapons and ammunition.

The charges were brought in November 2012 after his mother told police he had bought weapons like those used months earlier in a shooting at a Colorado movie theater that left 12 people dead and dozens wounded.

His mother has said she told police because she was trying to get help for her son, who suffered from mental illness.

"You can't even have a thought of ever wanting to hurt anyone because they are going to send you away to prison," Patricia Lammers was quoted as saying by Missouri TV station KOLR after the judge handed down the sentence.

Police said Lammers had told them he bought two assault rifles and 400 rounds of ammunition and planned a mass shooting at a movie theater in Bolivar, Missouri, a city of about 10,000 residents 30 miles north of Springfield.

He also said he was worried about running out of ammunition and planned to go to a Wal-Mart in Bolivar, where he could get ammunition and shoot people there, police said.

Lammers has been held without bond since his arrest.

Judge William Roberts dismissed a charge of making a terrorist threat, finding that Lammers had not threatened anyone before his arrest and only disclosed his plans to police later, prosecutors had noted.