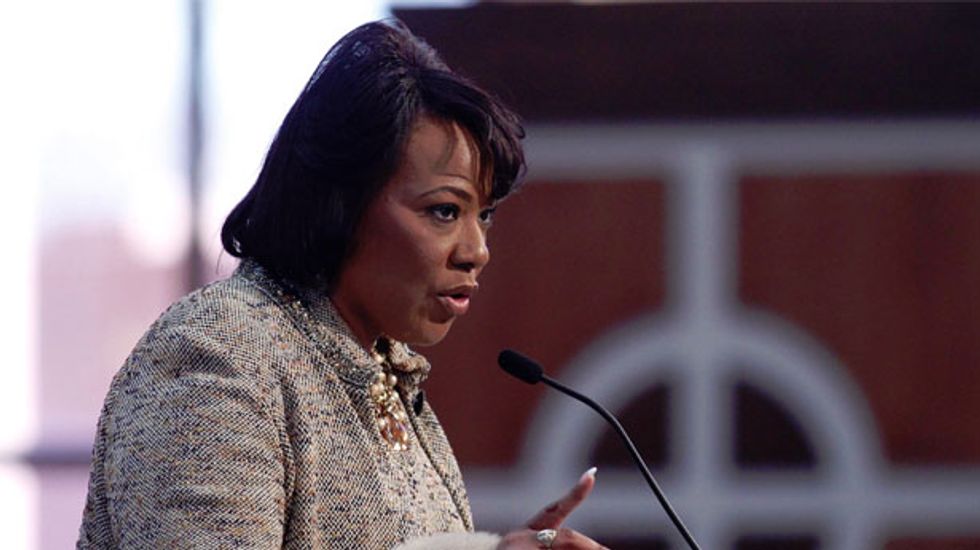 Fulton County Superior Court Judge Robert McBurney last month ordered Bernice King to relinquish the prize and Bible so they can be placed in a safe deposit box controlled by the court, until a lawsuit filed by the King estate is resolved.

"While some have suggested that I not turn over these sacred items and risk going to jail, I must say that after a great deal of dialogue, discussion, deep soul-searching and much prayer, I am led by the Holy Spirit to comply with the court order," Bernice King said in a news conference at Ebenezer Baptist Church, where her father and grandfather once preached.

The estate sued Bernice King in late January, seeking an emergency court order to force her to return the prize and Bible, saying she signed a 1995 agreement giving control of King's possessions to the estate.

On January 22, King's two sons, Dexter King and Martin Luther King III, as board members of the King estate, voted to pursue the sale of the medal and Bible while Bernice King voted against it. The Bible was used by President Obama to take the oath in his second inaugural ceremony.

At the news conference, joined by about 20 supporters including Atlanta City Council president Ceasar Mitchell, Bernice King urged her two brothers to call another vote of the estate's board of directors on selling the items.

"To my two brothers, whom I love and respect greatly, I implore you to consider the magnitude of this moment in history and how you want your individual legacies to be defined," she said.

King, who received the Nobel Peace Prize in 1964, was assassinated four years later in Memphis, Tennessee.