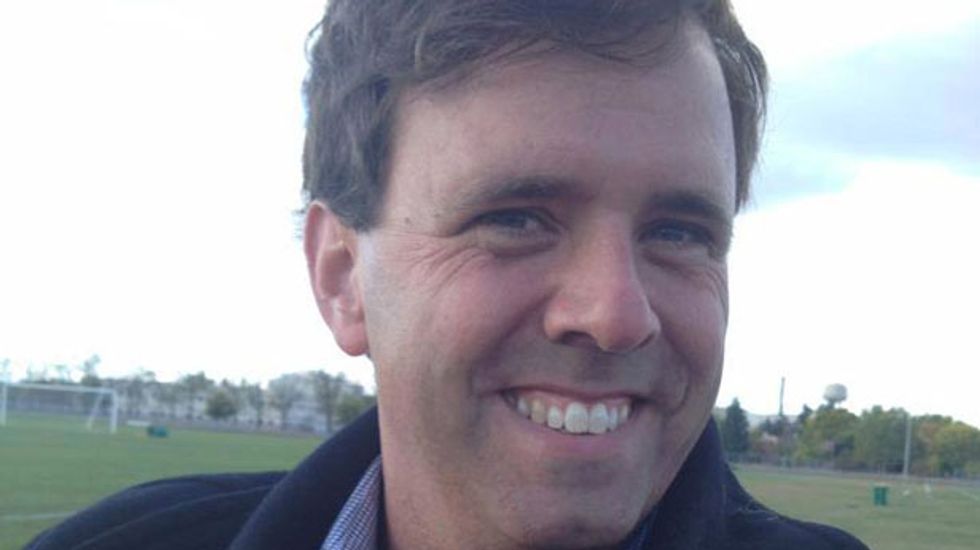 Minnesota State Representative Pat Garofalo sent out a tweet today stating that no one would notice a decrease in NBA teams except for the possible exception of an 'increase in streetcrime.'

Garofalo (R-Framington) tweeted: "Let's be honest, 70% of teams in NBA could fold tomorrow + nobody would notice a difference w/ possible exception of increase in streetcrime." 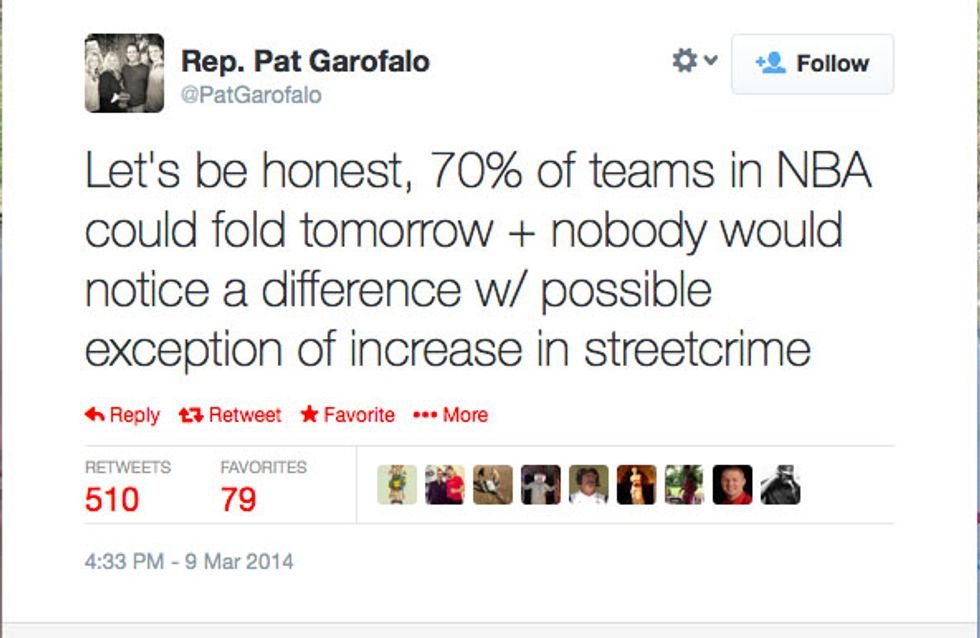 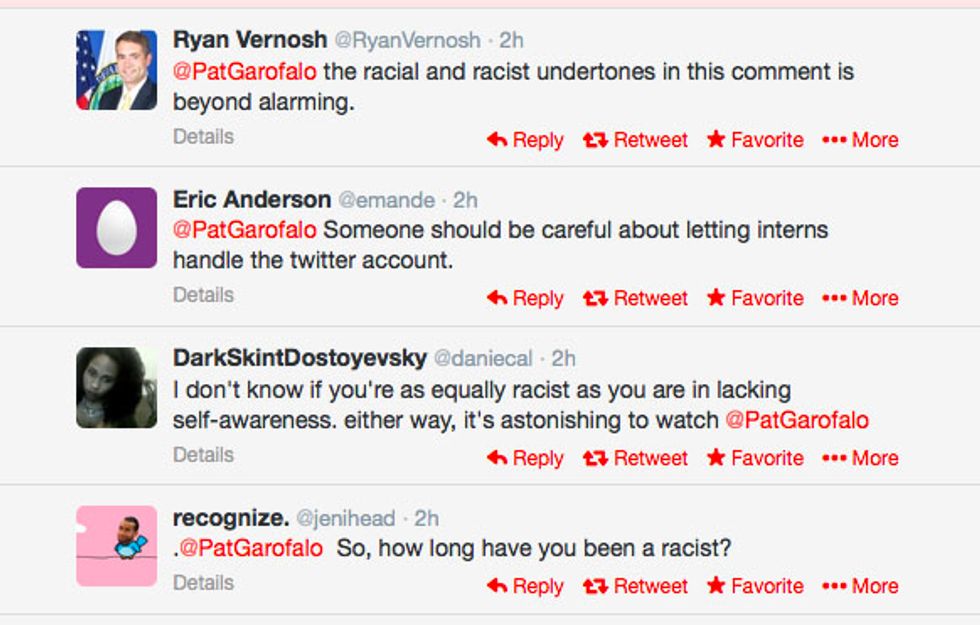 To date, Garofalo has only responded to one tweet, coming from 'b_ball jeny' 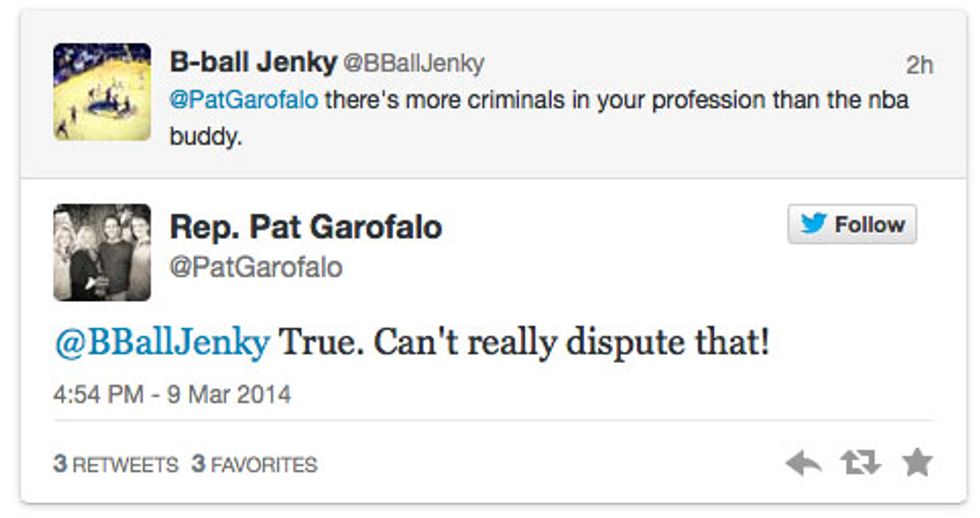