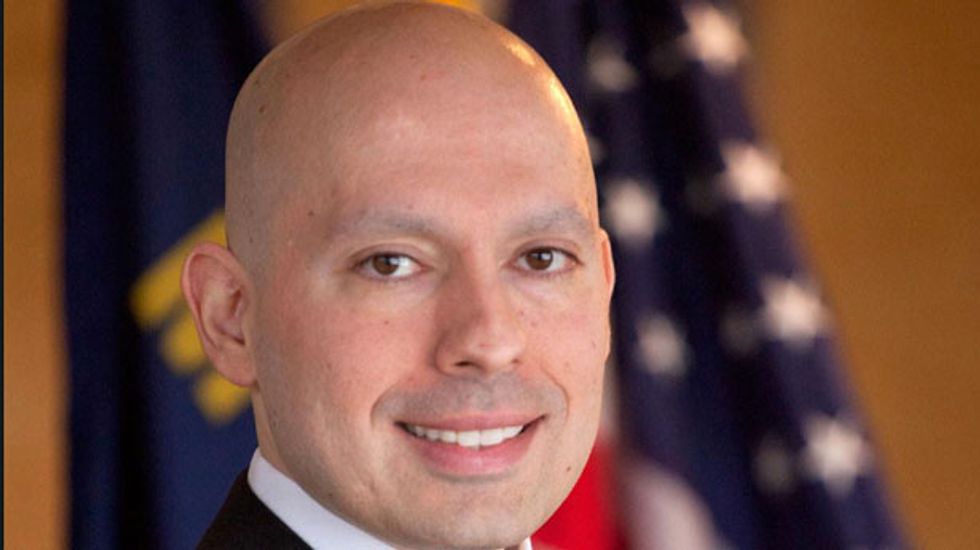 Montana Republicans have turned away an appearance by a Tea Party Republican from this weekend's Lincoln-Reagan Day Dinner because of his rhetoric of "hate and intolerance" and his backing of 'Operation Wetback', calling for the mass deportation of all undocumented immigrants and children.

According to the Huffington Post, Drew Turiano, one of five candidates vying for the seat being vacated by Rep. Steve Daines (R-Mont.) who is running of the U.S. Senate, has been told he has been excluded from speaking at the dinner.

Turiano, a real estate investor, only recently filed to run for the seat.

“We asked Mr. Turiano not to attend our event because we have no intention of allowing him a platform to spread hate and intolerance,” Yellowstone County Republican Chairwoman Jennifer Owen said. “There is simply no place for racism in this party.”

Turiano told the Billings Gazette that he suspects that he was rejected from the dinner because of his affiliation with the tea party. Chairwoman Owens has dismissed his claim.

Turiano also acknowledged that Owen likely has taken issue with his past support for "Operation Wetback" -- a plan to deport all undocumented immigrants and their American-born children.

Montana GOP Executive Director Bowen Greenwood told the Associated Press that the Republican Party has a "long tradition of standing against racism."

He added that Turiano's decision to campaign on an "offensive racial epithet" has kept many Republicans away from his candidacy.

In addition to the controversial "Operation Wetback," Turiano's website notes that he supports states' rights to nullify or reject any federal law or judicial mandate, using Roe v. Wade and the Affordable Care Act as examples.

Writing on his website, Toriano added: “Would traditional and Christian America be so complacent if this dastardly transformation was being accomplished by an invading army like that of Stalin?”

Toriano also believes that President Barack Obama should be impeached.