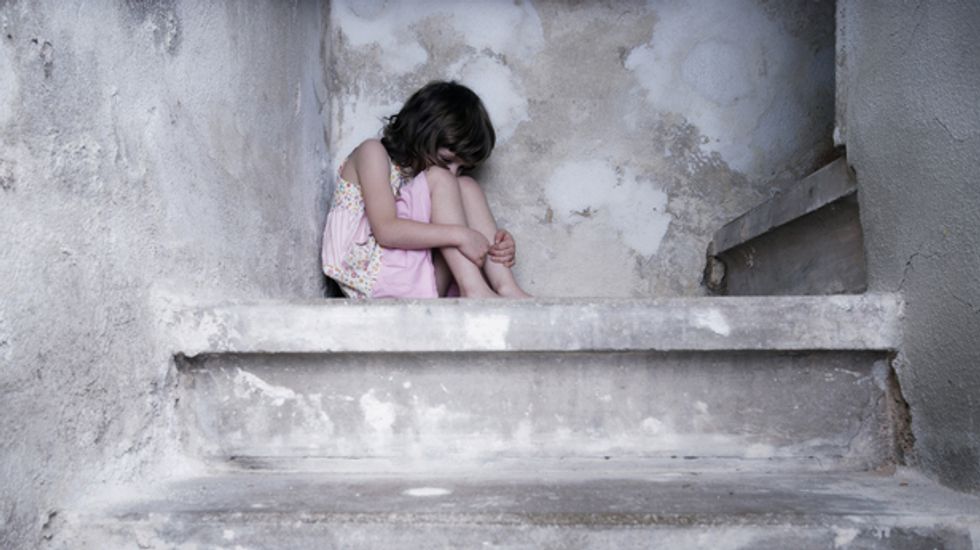 Monterey County Sheriffs have arrested two women on child abuse charges after three severely malnourished children were found in their home,  with one described as looking like "a concentration camp" victim, according to The Californian.

Domestic partners 31-year-old Eraca Dawn Craig and 44-year-old Christian Jessica Deanda were taken into custody after investigators went to their home after missing some appointments. The two women are parents to an an adopted 8-year-old daughter, and two boys, ages 3 and 5. The 5-year-old boy is also adopted.

At the women's home investigators found a horrifying scene.

“The conditions are reported as squalid,” Monterey County Sheriff Scott Miller said. “There was very little food in the residence. There’s also concern the little girl — the 8-year-old — was from time to time chained to the wall of the residence and was denied food.”

Two heavy chains were found hung suspended from the wall 4 feet off the ground. At the end of the chains, investigators discovered a collar that had  allegedly been wrapped around the girl’s neck or leg to keep her from seeking out food.

“She was extremely emaciated,” Miller said. “She’s been described as someone who looks like someone who’d been in a concentration camp.”

All three children were malnourished, however the abuse appeared seemed focused on the girl who was hospitalized for five days after deputies found her.

“The fact that it appears she was actually chained to the wall to keep her from eating, those are the kinds of facts that tear at you,” Miller said. “That’s the kind of thing that differentiates this from most other types of abuse cases.”

Since then, all three children have been placed in different foster homes.

Miller called the intervention “timely.” He was unsure how long the alleged abuse had been taking place,  but said that the saying that the call to investigate the home had come at a fortuitous time

“It appears also the individuals were getting ready to leave the area and head for the Central Coast,” he said.

Miller explained that, generally, children who’ve experienced abuse such as is alleged in this case aren’t “jumping up and down for joy” when they see investigators.

“They may have forgotten what joy is like,” he said. “And they may not have much trust for many people.”

Craig and Deanda have been charged with false imprisonment and felony child endangerment, among other charges, and being held on $50,000 bail at the Monterey County Jail They are scheduled to be in court on March 28 for a preliminary hearing.

Watch video from The Californian below: