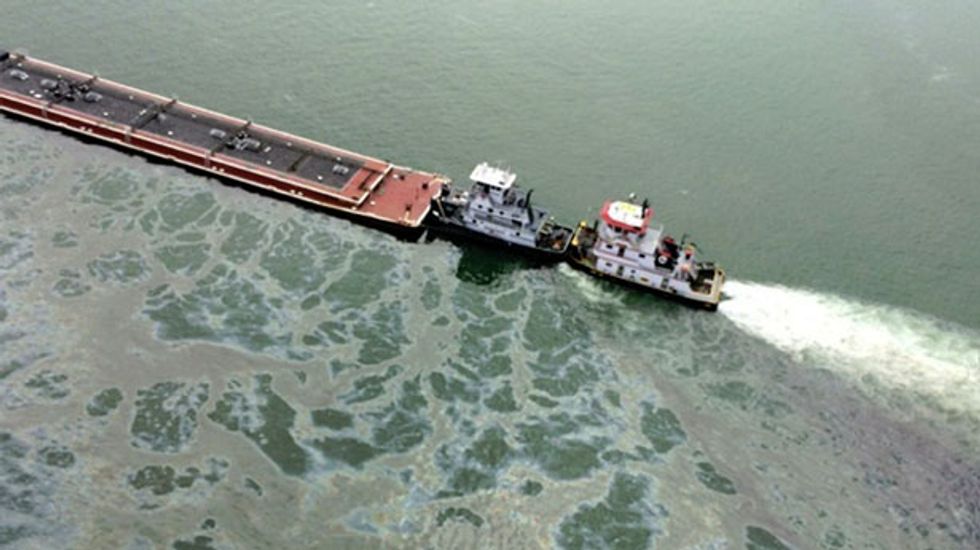 HOUSTON (Reuters) - More ships were waiting on Wednesday morning to sail through the Houston Ship Channel as the cleanup of a Saturday fuel oil spill in Galveston Bay continued, the U.S. Coast Guard said.

The number of ships waiting to move to the port of Houston through the channel, the waterway through which more than a tenth of U.S. refining capacity receives crude oil, had risen by 12 overnight to 87, the Coast Guard said.

To limit the spread of fuel oil floating in Galveston Bay, the Coast Guard stopped ship movements overnight when darkness would prevent crews from seeing the thick, black substance in the channel.

Separately, another three vessels were waiting to sail to the port of Texas City, Texas. Two ships were also waiting to leave Texas City. Refineries and petrochemical plants in Texas City are supplied a channel that branches off from the Houston Channel.

Coast Guard spokesman Lieutenant Sam Danus said on Wednesday morning that ship movement was both inbound and outbound along the channel, but the Port Coordination Team was deciding on a ship-by-ship basis which vessels would move through the waterway.

The closure of the shipping channel forced the nation's second-largest refinery, Exxon Mobil Corp's 560,500-barrel-per-day plant in Baytown, Texas on the east side of Houston, to cut production.

Not all ships waiting to travel on the channel are tankers. There are also container ships, bulk carriers and a few cruise vessels.

The Galveston Bay spill is far smaller than the 260,000 barrels, or 11 million gallons, of crude oil released when the Exxon Valdez struck a reef in Prince William Sound in 1989.

The channel, as well as offshoots to Texas City and the port of Galveston, were shut on Saturday after a Kirby Inland Marine barge collided with a cargo ship and spilled heavy oil that is primarily used as fuel for ships.

There were no injuries reported due to the collision.

The Coast Guard also reopened the Intracoastal Waterway on Tuesday.

A total of 70 ships are involved in cleaning the fuel oil that has spread across the southern portion of Galveston Bay and into the Gulf of Mexico. The Coast Guard was also preparing measures to prevent the spread of oil to Matagorda Bay further south on the Texas Coast.

Vessels in the channel must move very slowly and stop at inspection and decontamination stations there.

While known for their energy infrastructure, the bays along the Texas Gulf Coast are nesting areas for migratory birds that move south during the cold winter months.