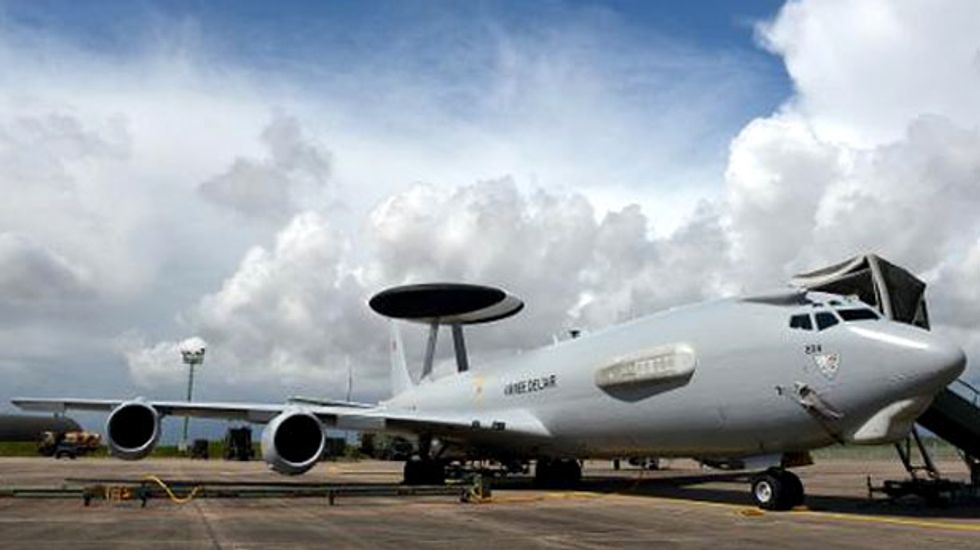 NATO said Monday it will deploy AWACS reconnaissance aircraft to overfly Poland and Romania as part of alliance efforts to monitor the crisis in Ukraine.

"This decision is an appropriate and responsible action in line with NATO's decision to intensify our ongoing assessment of the implications of this crisis for Alliance security," the official said.

The NATO announcement comes as Washington and Moscow traded barbs over rival proposals to ease the crisis, with each challenging the other to show they were really interested in a peaceful outcome.

The AWACS -- Airborne Warning and Control System -- will fly missions from their home airbase in Geilenkirchen, Germany, and from Waddington in Britain.

The AWACS aircraft are one of the most sophisticated command and control vehicles in the NATO armoury, capable of monitoring huge swathes of airspace.

As the Ukraine crisis has deepened with Russian intervention in the Crimea, former Soviet satellites in Eastern Europe have become increasingly nervous at President Vladimir Putin's apparent willingness to up the ante.

The situation risks becoming more difficult if Crimea, now controlled by pro-Russian leaders, votes in a March 16 referendum to break all links with Kiev and become part of Russia.

Poland and the Baltic states in particular have taken a hard line as events have unfolded and last week, Warsaw called for urgent consultations with its NATO allies on the situation.

In response to Putin's move into Crimea, home to a large Russian-speaking population and the Black Sea fleet, the US is sending a dozen F-16 fighter jets and 300 service personnel to Poland as part of a training exercise.

Lithuanian President Dalia Grybauskaite said at the time of last week's deployment that it was a sign that "NATO is responding promptly and fast".

Since January, four US F-15 fighter jets have been assigned for air patrols over Estonia, Latvia and Lithuania.