Nearly two tons of hash washes up on Spanish beach 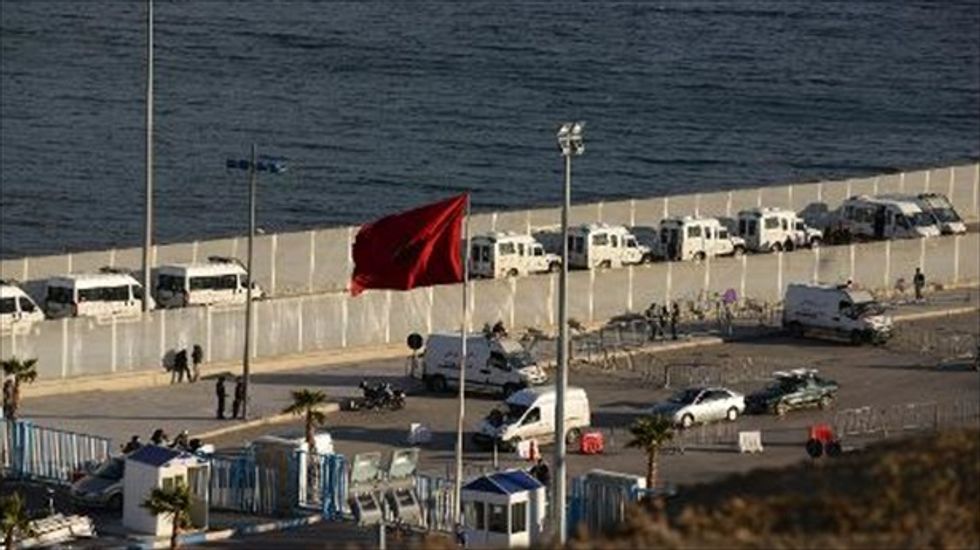 Cars waiting to cross the border from Morocco to Spain's north African enclave of Ceuta on Feb. 6, 2014 [AFP]

Spanish authorities seized 62 bales containing close to two tons of hashish that washed ashore on Monday on a beach in one of Spain's exclaves in North Africa, police said.

Officers on a routine patrol spotted several bales at the Calamocarro beach just outside Ceuta, which lies across the Strait of Gibraltar from mainland Spain and is surrounded by Morocco, police said in a statement.

They collected 57 on the beach and another five still floating at sea, each bale weighing about 30 kilos.

Police said the drugs may have fallen off a ship when bad weather disrupted maritime traffic in the Strait of Gibraltar on Sunday.

Spain's proximity to Morocco, a major hashish producer, has made it a key entry point for drugs bound for Europe.

Spanish authorities seized 325.5 tonnes of hashish in 2012, the last year for which figures are available, 74 percent of the total amount of hashish seized in Europe that year, according to the interior ministry.