New 20-question test grades how women are represented in movies 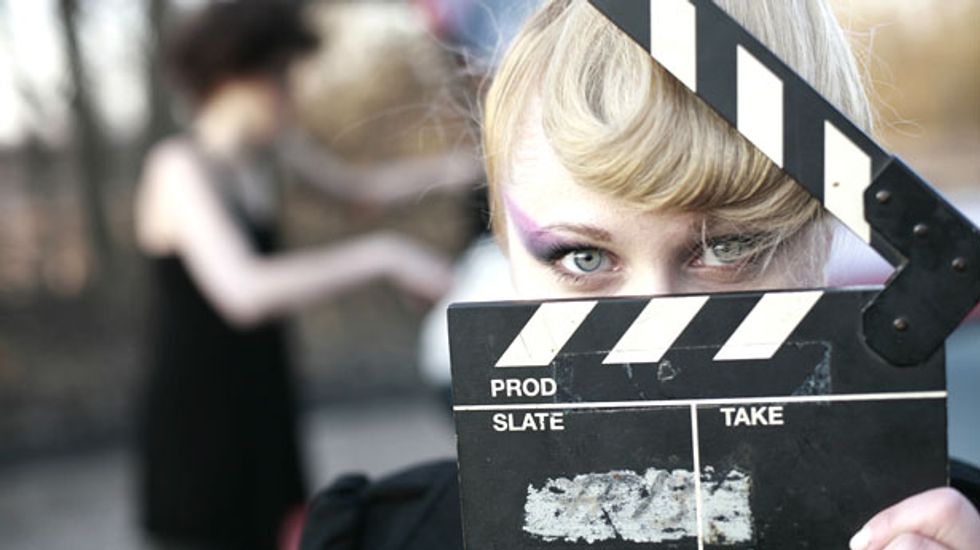 Writing for TakePart, Melissa Rayworth takes a look at a new rating system for movies that measures how women are portrayed.

While most American films mostly consist of strong, dynamic male characters, only a handful of female characters - many of whom are focused on looking pretty and finding a boyfriend - are rarely presented in the same light.

An exception to the rule was this year's Academy Award winner for animated feature, Frozen, which centered on the actions of two strong, determined sisters whose "act of true love" at the end of the film was not centered on the male lead, but on an act of selflessness on the part of one sister to save the other.

Frozen co-directed by Chris Buck and Jennifer Lee recently became the first film helmed by a female director to cross the $1 billion mark at the box office worldwide.

The Representation Project has created a new test to grade films on how they represent women and how they deal with stereotypes that pervade so many films.

Called the Representation Test, it is a 20-question test that can be applied to any film to see where it falls on a scale of representing society fully and accurately.

The test builds upon the Bechdel test, with question No. 7 drawn directly from the test: Does the movie have at least two women in it who talk to each other about something besides a man? This simple analytical tool was dreamed up by cartoonist Allison Bechdel in 1985.

"We were inspired by the Bechdel test and how in Sweden they made the effort to integrate that into actual ratings at the movie theaters," says Imran Siddiquee, director of communications at the Representation Project. "We would love to see something like that take off in the United States."

One key to this new  literacy tool is that the test doesn't just ask about the presence of women. The test also quantifies whether the film includes one or more women of color, if they have speaking roles, and whether they are reduced to racial stereotypes. Additionally, does the film represent women as more than "objects for the male gaze", does it include women in speaking roles, and are diverse body types and varying ages represented?

The Representation Group has also been reaching out  to screenwriters, directors, and studio executives asking them  to consider that while "women and girls comprise 52 percent of moviegoers and 50 percent of all ticket buyers in the United States," they were represented as "just 15 percent of protagonists in the top films of last year and only 30 percent of characters who spoke."

The group has  received  a healthy response via e-mail from supporters of the Representation Project and its new test.

But, thus far, not a word from executives.

[girl in  film production with clapperboard on Shutterstock]