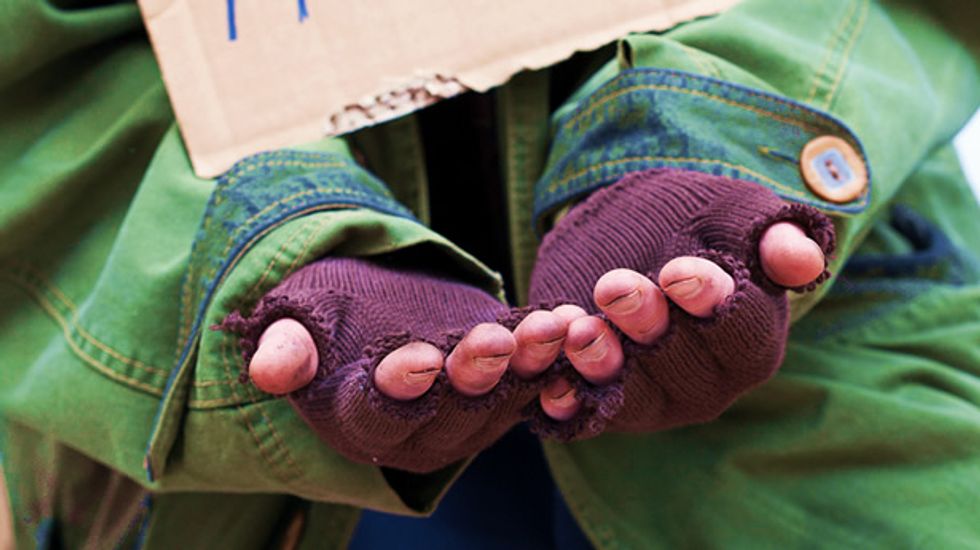 Food truck regulations that went into effect on January 1, 2014 are preventing churches in Birmingham, Alabama from feeding the homeless.

Minister Rick Wood of the Lords House of Prayer told ABC 3340 that police informed him that he would not be able to provide food for the homeless in Linn Park unless he owned a food truck and possessed a permit from the health department.

"That makes me so mad," Wood said. "These people are hungry. They're starving. They need help from people. They can't afford to buy something from a food truck."

Wood attempted to argue with the officers, claiming that the regulations only apply to trucks from which food is sold, but was told that the ordinances apply to all food vehicles, even ones which sport Matthew 25, 35-40 on their sides.

The new regulations were put in place to protect brick-and-mortar vendors from food trucks, which have significantly lower operating costs and have been accused of "poaching" customers from established locations. The entry bar for owning and operating a food truck in Birmingham is far higher now than it was in 2013, and organizations like Wood's are incapable of meeting it.

Not that Wood will let that deter him, as he will continue to provide food for the homeless in spite of the new regulations. "I'm just so totally shocked that the city is turning their back on the homeless like this," he said.

"It's like they want to chase them out of the city. And the homeless can't help the position they're in. They need help."