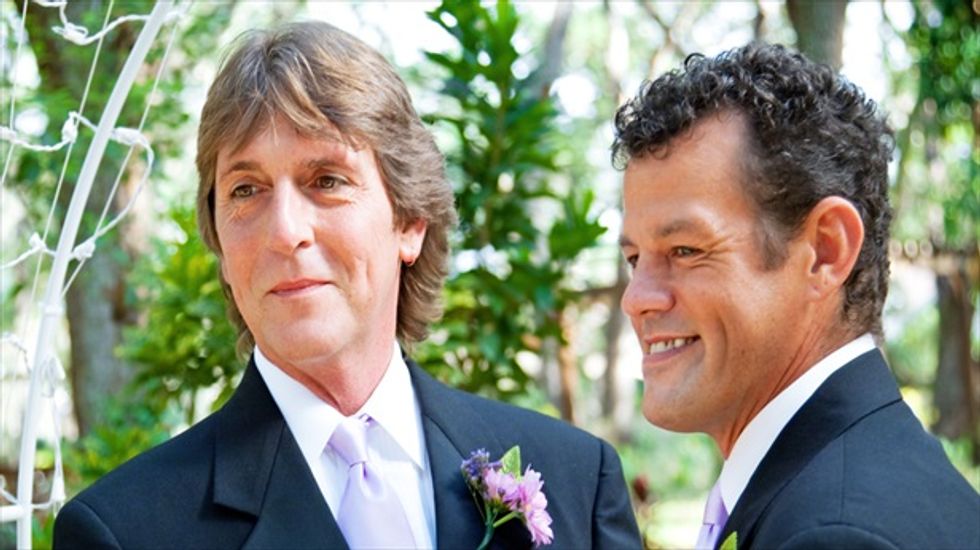 MIAMI (Reuters) - Eight Florida gay couples backed by a gay rights group have filed a lawsuit seeking to force the state to recognize same-sex marriages in other states, saying their exclusion violates the right to equal protection under the U.S. Constitution.

The lawsuit, filed late Wednesday, comes on the heels of another in January filed by six same-sex couples seeking to overturn the state's ban on gay marriage.

Florida's refusal to recognize out-of-state marriages "unlawfully denies gay couples many of the legal protections available to different-sex couples," such as the right to make medical decisions for an incapacitated spouse, access to health insurance and retirement benefits, property protections, and inheritance, the new lawsuit states.

By relegating gay couples "to a second-class status by being barred from marriage," Florida law violates the due process and equal protection clauses of the 14th amendment to the U.S. constitution, according to the lawsuit filed in Florida's Northern District.

Failure to recognize gay marriage also humiliates a couple's children and makes it harder for them "to understand the integrity and closeness of their own family," the lawsuit said.

Florida's ban was added to the state's constitution in 2008 after approval by voters.

Wednesday's lawsuit is also being brought by the SAVE Foundation, a gay rights group that does education and grassroots organizing in Florida, on behalf of its members, with the support of the Florida branch of the American Civil Liberties Union (ACLU).

One of the couples, firefighter and paramedic Sloan Grimsley and Joyce Albu, a consultant for children living with neurodevelopmental disorders, were married in New York in August 2011 and have been together for nine years. They are raising two adopted daughters, aged 2 and 5.

They "are concerned that if something were to happen to Sloan in the line of duty, Joyce would not receive the same support provided by the State to surviving spouses of first responders," the lawsuit states.

Another couple named in the lawsuit complained that Florida law prevents them from getting cheaper health insurance rates as a married couple.

Gay marriage in Florida could become major issue in elections in November.

Governor Rick Scott, a Republican, has said he believes in "traditional marriage." His likely challenger, former Republican Governor Charlie Crist who is now a Democrat recently came out in support of gay marriage and apologized for his previous backing of the constitutional ban.

Advocates for same-sex marriage in Florida say support has surged since 2008, when 62 percent of the state's voters approved the ban in a constitutional amendment. A 2013 poll by the Public Religion Research Institute showed 54 percent of Floridians supported same-sex marriage. Still, gay marriage opponents have vowed to fight any attempt to reverse the ban.

Across the United States, dozens of lawsuits have been filed since the U.S. Supreme Court's 2013 decision overturning the Defense of Marriage Act forced the federal government to recognize same-sex marriages.