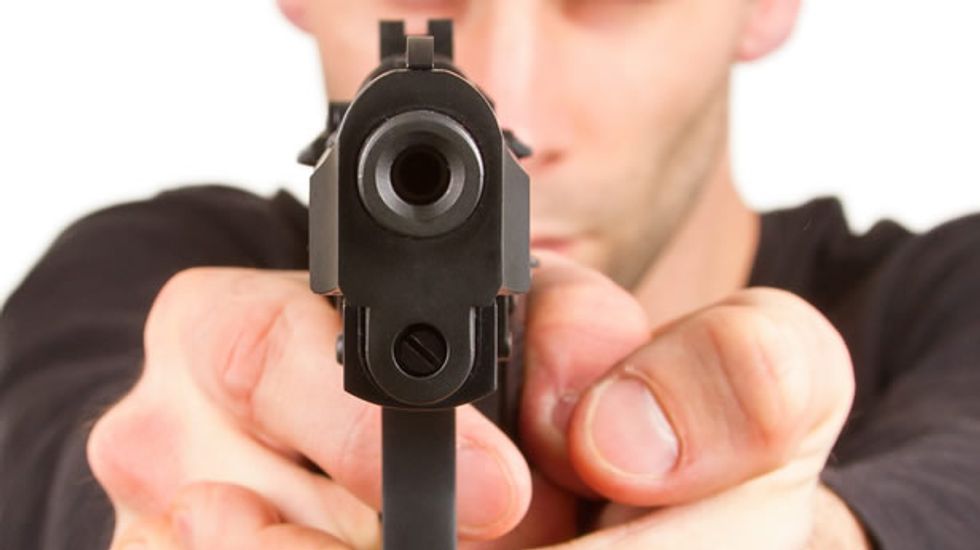 A New Orleans man was shot dead with his own gun after he attempted to sexually assault a woman at a school construction site last night.

According to police, the armed 26-year-old assailant approached a man and a woman in the Bywater district of New Orleans and demanded they accompany him to a renovation site near the closed campus of Frederick Douglass High School.

Once there, The Times-Picayune reported, the assailant attempted to rape the woman, but the man with her wrestled the gun away from and then shot him. Detectives interviewed the shooter and the woman at the scene, and no arrests were made.

They also recovered the weapon used in the shooting, and are attempting to identify where it came from, and whether it was purchased legally.

In Louisiana, a homicide is considered justifiable "[w]hen committed for the purpose of preventing a violent or forcible felony involving danger to life or of great bodily harm by one who reasonably believes that such an offense is about to be committed and that such action is necessary for its prevention." Sexual assault is included on the list of "forcible felon[ies]."

Watch a video about the attack from WLLTV Eyewitness News below.

["Man With A Gun, Isolated On A White Background" on Shutterstock]