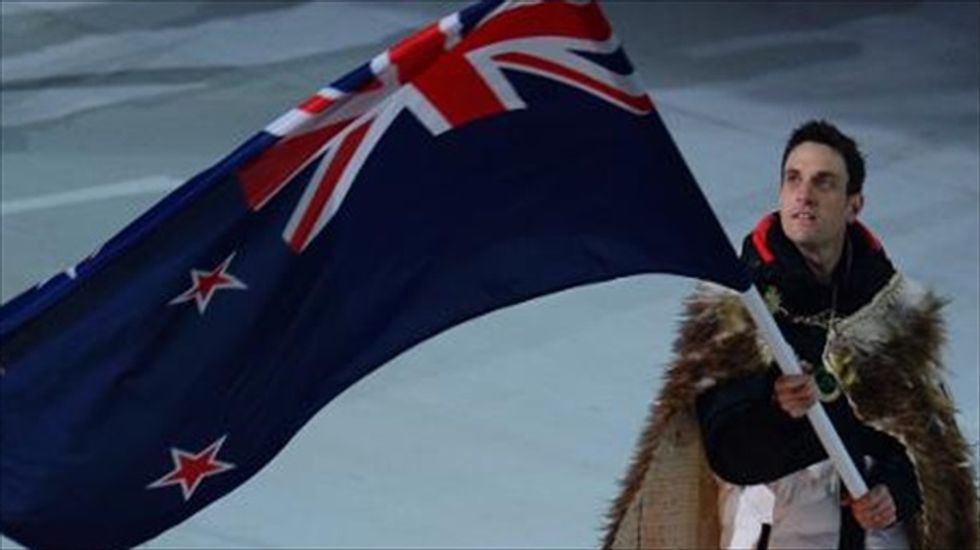 New Zealand Prime Minister John Key on Tuesday pledged to hold a referendum on changing the national flag if he wins a third term in office in September.

Key had been tipped to hold the referendum alongside September 20 elections but said he did not want the campaign dominated by debate on whether or not the country needs a new flag.

The conservative leader reiterated his support for ditching the existing banner, which features the Union Jack -- symbol of former colonial power Britain -- in one corner, with the rest consisting of four stars representing the Southern Cross constellation.

Key said he was open to ideas but personally favoured a silver fern on a black background, the national emblem already used by New Zealand sporting teams such as rugby union's All Blacks.

"The design of the New Zealand flag symbolises a colonial and post-colonial era whose time has passed," he told a function at Wellington's Victoria University.

If he wins the election, Key said he would convene a cross-party committee to help oversee debate on the flag issue and arrange a referendum before the next poll is due in 2017.

While in favour of removing the Union Jack, Key said he remained opposed to cutting ties with the British monarchy.

"I get no sense of any groundswell of support to let that go," he said. "Nor could we or would we dispose of the cultural legacy which gave us a proud democracy, a strong legal system and a rich artistic heritage."

The existing flag was first used in 1869 and formally adopted in 1902. Its supporters say that New Zealanders have fought and died under it for generations and a change would dishonour their memory.

Critics argue it is too easily confused with those of other former British colonies such as Australia, which has an almost identical design.

"We want a design that says 'New Zealand' in the same way that the maple leaf says 'Canada', or the Union Jack says 'Britain', without a word being spoken, or a bar of those countries' anthems being heard," Key said.

Key has previously suggested the New Zealand public is evenly spit on the flag issue, although an opinion poll last month put opposition to change at 72 percent and support at 28 percent.

Opposition Labour Party leader David Cunliffe said the flag debate was a diversion thrown up by Key to distract voters from the issues facing his government.