'No shirt, no shoes, no spliff': Colorado barber shop bans those who smell of weed 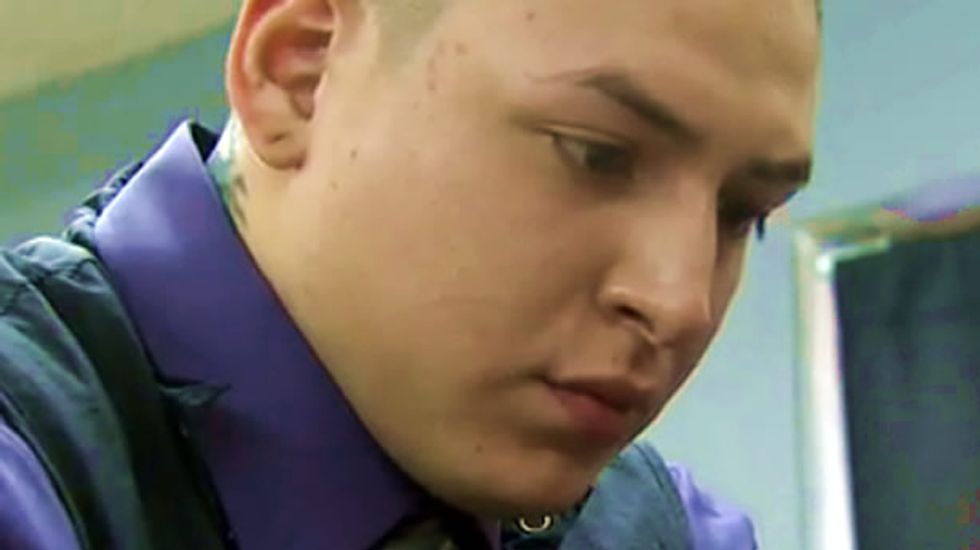 A Colorado barber shop has banned customers who "SMELL LIKE MARIJUANA."

The sign on the door of Hugo's Barber Shop reads, "PLEASE DO NOT COME IN IF YOU SMELL LIKE MARIJUANA. THERE ARE FAMILIES WITH KIDS WHO DON'T WANT TO SMELL IT. THIS IS A BUSINESS, NOT YOUR HOUSE, THANKYOU [sic]. IF YOU DON'T LIKE IT PLEASE GO SOMEWHERE ELSE. HUGOS [sic] BARBER SHOP"

Hugo Corral, the owner of Hugo's Barber Shop, said that in the weeks since Colorado legalized recreational marijuana, some of his customers have complained about how some of his other customers smelled.

"A mother calls and says, 'Hey we can't go in there anymore because we don't want it to smell like marijuana when my child's sitting there waiting,'" Corral said.

Corral claimed that he's not discriminating against those who smoke -- and that he, himself, supports the industry -- he merely thinks that smelling like marijuana is the equivalent of entering an establishment sans shoes or shirt.

"I feel that it's my right to make the statement," Corral said. "It's the same thing as no shoes, no service."

He also told CBS News that people have ripped down the sign, and that he's had to "clean spit off [his] front door." But he insisted that that he will keep the policy in place, saying that "like the sign says, 'IF YOU DON'T LIKE IT PLEASE GO SOMEWHERE ELSE.'"

Watch an interview with the barber shop owner via CBS News below.