No solutions in sight as Syria war enters fourth year 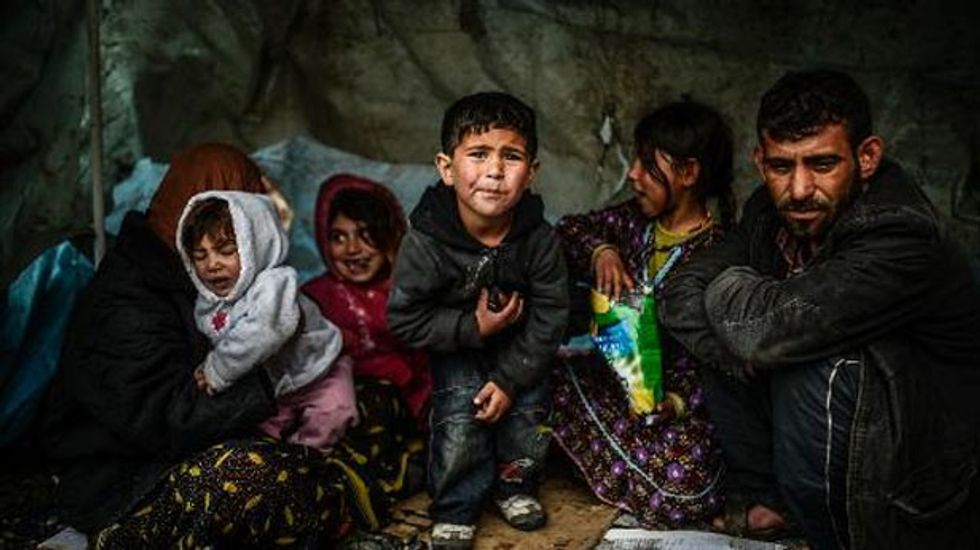 The Syrian conflict has claimed more than 140,000 lives, nearly half of the population is displaced, the rebellion has been hijacked by jihadists and President Bashar al-Assad is still firmly in the saddle.

As the war rages into its fourth year and with no diplomatic and military solutions in sight, world powers appear at a loss as to how to deal with what has now joined the alarming club of "intractable conflicts", according to Chatham House think tank researcher Christopher Phillips.

And as the international community shifts its focus onto the crisis in Ukraine, the dragging conflict -- which has pitted Assad's traditional ally Russia against the West -- now risks being put aside.

"It's quite tragic that Ukraine is happening at this moment when Syria can ill-afford to have attention elsewhere but it is almost inevitable that the longer it goes on, the more people will be distracted and begin to view Syria as something that can't be fixed," Phillips said.

Peace talks in Geneva in January and February that for the first time brought representatives of the regime and the opposition to the table together failed to yield concrete results.

But there is a rising feeling that it will take years for the crisis to be resolved.

To further complicate matters, the West has become increasingly wary of the opposition after the emergence of Al-Qaeda-linked Islamist fighters in its ranks.

Infighting and factionalism within the moderate wing of the opposition has not helped either.

The West wants "neither Assad nor the Islamists," a European diplomatic source said.

Western nations have also been alarmed by the growing number of jihadists from their countries going to fight in Syria whom they fear could pose huge security threats if they returned as battle-hardened veterans.

"The longer the war is going on and the more the sort of Al-Qaeda type groups have emerged in the opposition-held northern parts of Syria, the more it has become a security concern," Phillips said.

"That's why it's begun to prompt some to say: 'Well actually we should accept Bashar al-Assad in power and actually support his government indirectly to contain that sort of security threat of Al-Qaeda and so on,'" he said.

Assad's ouster was an unwavering Western demand at the start of the crisis in 2011 but he appears to have strengthened his position following a September deal under which Damascus agreed to destroy its chemical arms arsenal.

Assad has said he will likely run for elections scheduled in mid-2014.

On the military level, neither the regime -- backed by Russia and Iran -- nor the opposition, which is armed by Saudi Arabia and Qatar, appear close to victory.

Analyst Daveed Gartenstein-Ross told the US Senate recently the most probable scenario was that the conflict would last for a decade.

"Given the failures of both diplomacy and war to date, it seems likely that Syria will remain divided between the Assad-controlled west and a mix of competing rebel factions in the east," said Anthony Cordesman from the Center for Strategic and International Studies.

Adam Baczko, a researcher at the Paris-based Noria think tank, warned of security threats -- particularly as the West "had handed over the keys to regional actors" -- and recalled the huge humanitarian crisis that resulted from the conflict.

"For the United States, Syria is far away, for us it is at our border," he said.