North Korea denies link to oil ship that escaped from Libya with 234,000 barrels 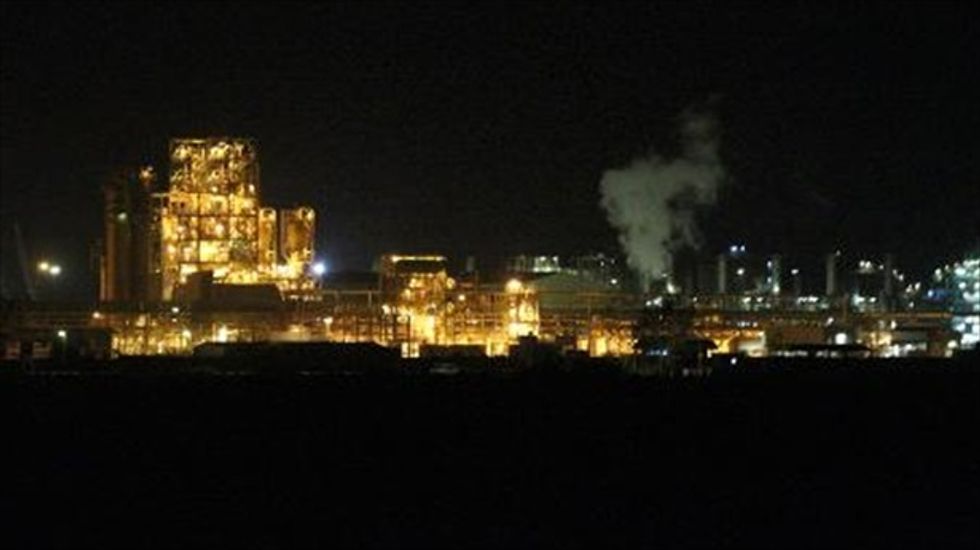 The Brega refinery and oil terminal is pictured at night on March 11, 2014, in the Gulf of Sidra [AFP]

Pyongyang on Wednesday denied any responsibility for a North Korea-flagged tanker which loaded crude oil at a port held by rebels in eastern Libya.

The ship was operated by an Egypt-based company which was "allowed to temporarily use the DPRK (Democratic People's Republic of Korea) flag" under a contract with Pyongyang, state news agency KCNA reported.

On Tuesday, the tanker Morning Glory which had taken on a cargo of oil from Al-Sidra terminal evaded Libyan naval vessels deployed to intercept it and escaped to sea.

It was reported to have loaded at least 234,000 barrels of crude.

"Right after being informed of the fact by the Libyan side, the DPRK accused the company of violating the contract and demanded it let the ship leave the port at once without loading oil," said a spokesman for North Korea's Maritime Administration, quoted by KCNA.

He said Pyongyang had "cancelled and deleted the ship's DPRK registry... as the ship violated the DPRK's law on the registry of ships and the contract that prohibited it from transporting contraband cargo".

"Therefore, the ship has nothing to do with the DPRK at present and it has no responsibility whatsoever as regards the ship," he said.