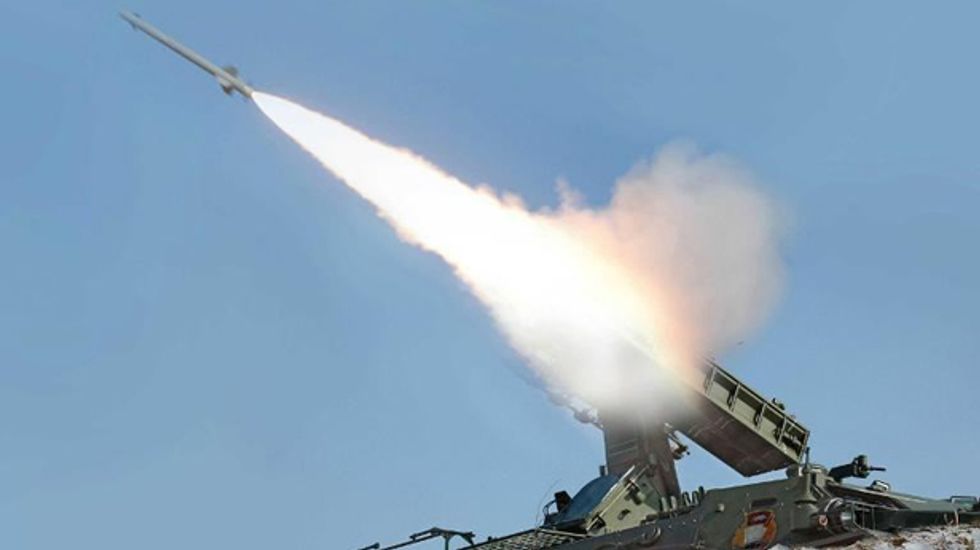 North Korea test-fired 16 short-range rockets into the sea on Sunday, the South's military said -- the latest of dozens launched in recent weeks in apparent protest at joint drills between Seoul and Washington.

The launches took place between about 1:00 am (1600 GMT Saturday) and 2:30 am off the North's east coast, a South Korean defence ministry spokesman told AFP.

"They were rockets with a range of about 60 kilometres (37 miles)," he said, adding the projectiles were old versions of Russian-made, unguided Frog rockets.

It is not unusual for Pyongyang to carry out such tests but there has been a spate of them in recent weeks. About 70 short-range rockets have been fired into the sea this month, including 30 on Saturday.

Analysts say the launches are an expression of Pyongyang's anger at ongoing annual South Korean-US military drills, which run until next month.

The North has habitually criticised the exercises, along with other military drills staged south of the border, as practice for an invasion. Seoul and Washington insist they are purely defensive in nature.

South Korea and the United States have called for an end to the "provocative tests".