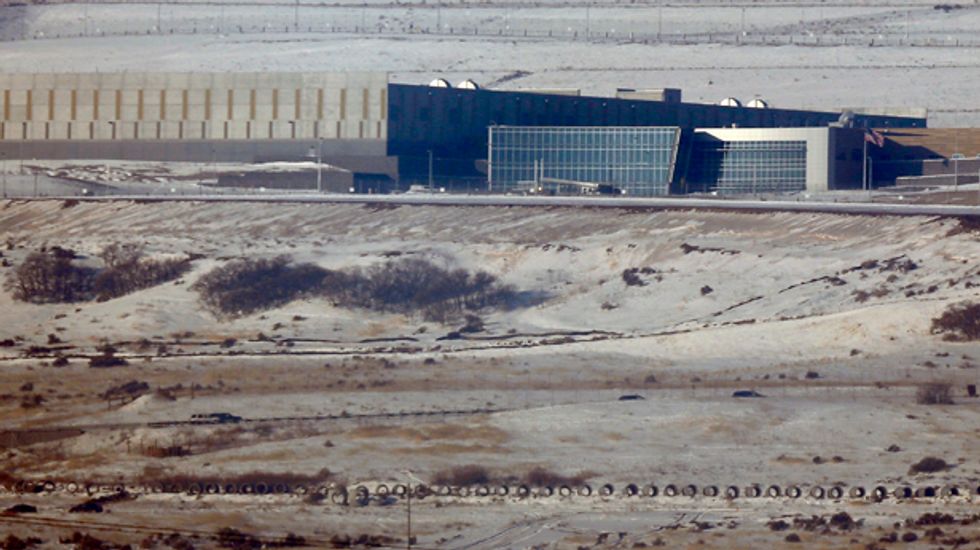 The newspaper said its report on the operation, code-named "Shotgiant," was based on NSA documents provided by Edward Snowden, the former agency contractor who since last year has leaked data revealing sweeping U.S. surveillance activities. The German magazine Der Spiegel also reported on the documents.

One of the goals of the operation was to find any connections between Huawei and the Chinese People's Liberation Army, according to a 2010 document cited by the Times.

But the newspaper said the operation also sought to exploit Huawei's technology. It reported that the NSA aimed to conduct surveillance through computer and telephone networks Huawei sold to other nations. If ordered by the U.S. president, the NSA also planned to unleash offensive cyber operations, it said.

The newspaper said the NSA secured access to the servers in Huawei's sealed headquarters in the city of Shenzhen and got information about the workings of the giant routers and complex digital switches the company says connect a third of the world's people. The NSA also tracked communications of Huawei's top executives, the Times reported.

Der Spiegel reported that the NSA breached Huawei's computer network and copied a list of more than 1,400 clients and internal training documents for engineers. "We have access to so much data that we don't know what to do with it," the magazine cited an NSA document as saying.

The magazine said the NSA also is pursuing a digital offensive against the Chinese political leadership. It named the government targets as former Chinese prime minister Hu Jintao and the Chinese trade and foreign ministries.

"Many of our targets communicate over Huawei-produced products. We want to make sure that we know how to exploit these products," the Times quoted an NSA document as saying, to "gain access to networks of interest" around the world.

The Times also reported that as Huawei invested in new technology and laid undersea cables to connect its $40 billion-a-year networking operation, the NSA was interested in getting information on into key Chinese customers including "high priority targets - Iran, Afghanistan, Pakistan, Kenya, Cuba."

The Times quoted William Plummer, a senior Huawei executive in the United States, as saying that the company did not know it was a target of the NSA.

"The irony is that exactly what they are doing to us is what they have always charged that the Chinese are doing through us," the Times quoted Plummer as saying.

"If such espionage has been truly conducted then it is known that the company is independent and has no unusual ties to any government, and that knowledge should be relayed publicly to put an end to an era of mis- and disinformation," the Times quoted Plummer as saying.

The Times noted that U.S. officials see Huawei as a security threat and have blocked the company from making business deals in the United States, worried that it would furnish its equipment with "back doors" that could enable China's military or Chinese-backed hackers to swipe corporate and government secrets.

Snowden last year fled to Hong Kong and then to Russia, where he has asylum. The United States wants him returned to face criminal prosecution.

U.S. officials have denied the United States and NSA have spied on foreign companies to help American companies gain a competitive edge. A U.S. intelligence official said the NSA and other agencies do not provide secretly collected intelligence information that could be commercially sensitive or give a competitive advantage to U.S. firms.

U.S. officials acknowledge that in the course of assessing the economic prospects or stability of foreign countries American agencies might collect data on individual companies.

They also said the United States might collect data on foreign companies in preparation for imposing economic sanctions or taking other foreign policy-related actions against a country and its leadership, but not to aid American companies.

The Times and Der Spiegel articles were published just days before Chinese President Xi Jinping visits Europe and will hold talks with German Chancellor Angela Merkel, herself a target of electronic surveillance by the NSA.

They also were published during U.S. first lady Michelle Obama's visit to China. In Beijing on Saturday, she told an audience of college students that open access to information - especially online - is a universal right.

(Reporting by Will Dunham in Washington and Stephen Brown in Berlin; Editing by David Gregorio)