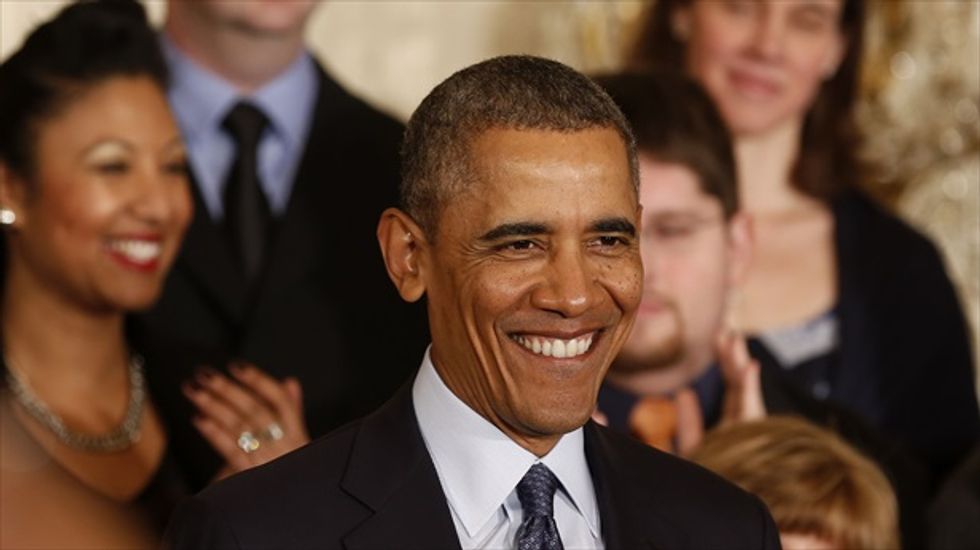 The president made the pledge at a meeting with members of the Congressional Hispanic Caucus at the White House.

Obama pledged to work with them to pressure congressional Republicans to pass immigration reform, a second-term priority for him that appears stalled.

"He has asked Secretary of Homeland Security Jeh Johnson to do an inventory of the Department's current practices to see how it can conduct enforcement more humanely within the confines of the law," the White House said.

Despite some support, congressional Republicans are divided over immigration reform and party leaders have made clear legislation is unlikely to be taken up before the November congressional elections. Republicans hope to extend their advantage in the House of Representatives and regain control of the Senate.

In not waiting for Congress to act on immigration, Obama is following a pattern he has used to advance his agenda in other areas that congressional Republicans have opposed, such as raising the minimum wage. Unable to get lawmakers interested in legislation, the president used his executive power to increase the minimum wage for federal contractors.

Obama's record on enforcing immigration laws has been a sore spot for some reform advocates. The president faced criticism in his first term for not using his executive power to ease deportations of illegal immigrants.

But before his re-election in 2012, he had Homeland Security temporarily halt deportations of undocumented children who were brought to the United States by their parents.

The president has enjoyed strong support among Hispanic voters and wants to rally support for Democrats in November's elections. But he has faced criticism from some Latino groups for not pushing harder on immigration reform.

[Image: U.S. President Barack Obama speaks before signing a Presidential Memorandum on modernizing the overtime system to help insure workers are paid fairly for their work while in the East Room of the White House in Washington, March 13, 2014. By Larry Downing for Reuters]