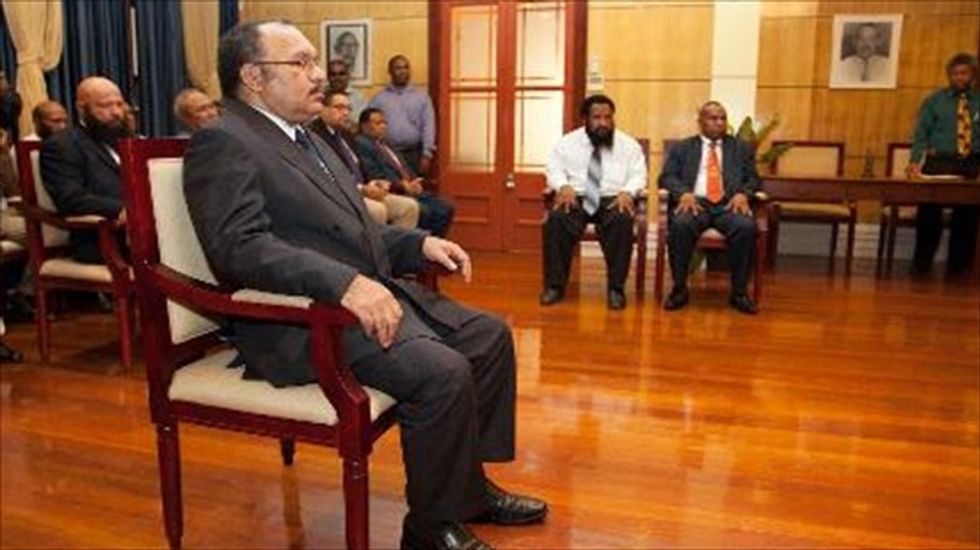 Papua New Guinea Prime Minister Peter O'Neill has sacked his treasurer and another senior minister for "creating instability" within the government of the poor but resource-rich Pacific nation.

Treasurer Don Polye and Industrial Relations Minister Mark Maipakai were dumped on Monday amid unconfirmed reports in the Post-Courier daily of "secret meetings being held to overthrow Mr O'Neill as prime minister".

O'Neill said their sackings, which reportedly follow the dismissal last week of the ministers for energy and higher education, were "in the best interests of the government and the country".

"Mr Polye's conduct as minister for treasury and a senior partner in the government has been an ongoing concern for the government," he said in a statement.

"I am not going to risk the economic opportunities of the people by allowing the conduct of a few to derail our stability of the government and its policies."

No further details were given but Polye, leader of the Triumph Heritage Empowerment party, the second largest party in O'Neill's governing coalition, was considered a potential future prime minister of a nation struggling to throw off its reputation as lawless and politically dysfunctional.

Maipakai is currently facing charges of misappropriation of public funds, according to the Australian Broadcasting Corporation.

O'Neill, who was elected in 2012 after a bitter battle against former long-standing leader Sir Michael Somare, will take over the treasury until a permanent appointment is made.