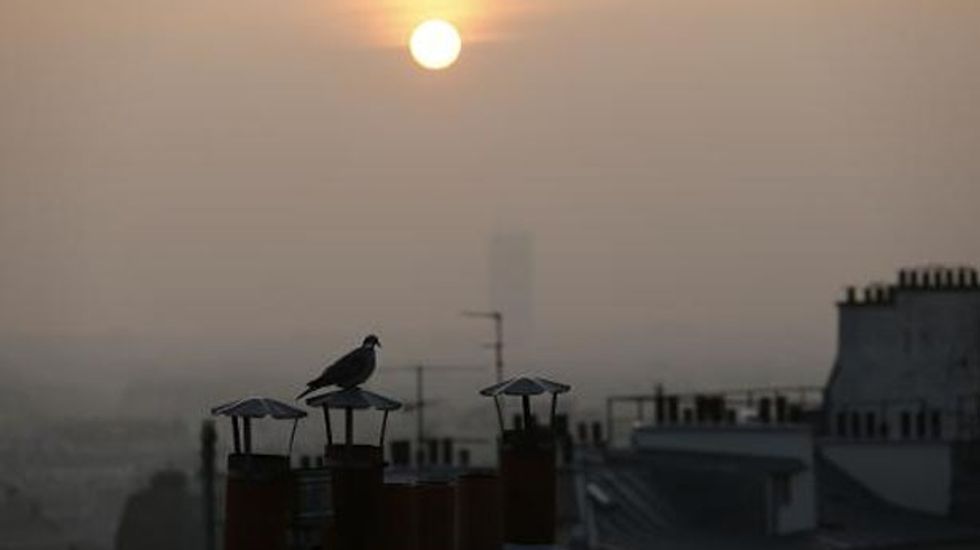 Paris authorities said Thursday they would make public transport free for three days to encourage drivers to leave their vehicles behind due to severe pollution caused by unusually warm weather and lack of wind.

The French capital has been under maximum pollution alert for several days, as have many other regions in the country.

The air pollution has also affected other nearby countries, including Belgium where authorities have reduced the maximum speed allowed on main roads in a bid to reduce the strong concentration of polluting particles in the atmosphere.

Jean-Paul Huchon, head of the organisation that oversees transport in Paris and neighbouring areas, said transport would be free from Friday morning to Sunday evening due to the "significant risks to the health of residents" posed by the pollution.

"I am asking all residents in Paris and neighbouring areas to favour the use of public transport," he said.

A lack of wind, coupled with cold nights followed by balmy days, has contributed to the severe air pollution.

At night, the ground cools down while the atmosphere heats up during the day due to the sun, which means polluting particles emitted by cars or heating become stuck under a warm layer of air and cannot rise up or be blown away.

As a result, monitoring centres have reported a particularly strong concentration of particles with a diameter of less than 10 microns -- so-called PM10 particles -- in the air.

Pollution alerts are issued in France when the concentration of these small particles reaches 80 micrograms per cubic metre.

PM10 particles are highly monitored as the smaller and lighter a particle is, the longer it stays in the atmosphere and can remain suspended for weeks.

Particles less than 2.5 microns in diameter are also the most dangerous to health as they can penetrate deep into the lungs and the blood system. They can also lead to asthma, allergies and respiratory ailments.

The pollution is such that members of France's Green party have urged authorities to restrict the use of vehicles to alternate days, depending on whether their number plates end with an odd or even number.

They have also called for trucks to be banned in the French capital.

By way of comparison, the overall air quality index in central Paris late on Thursday was roughly the same as that of Beijing, one of the most polluted cities in the world.