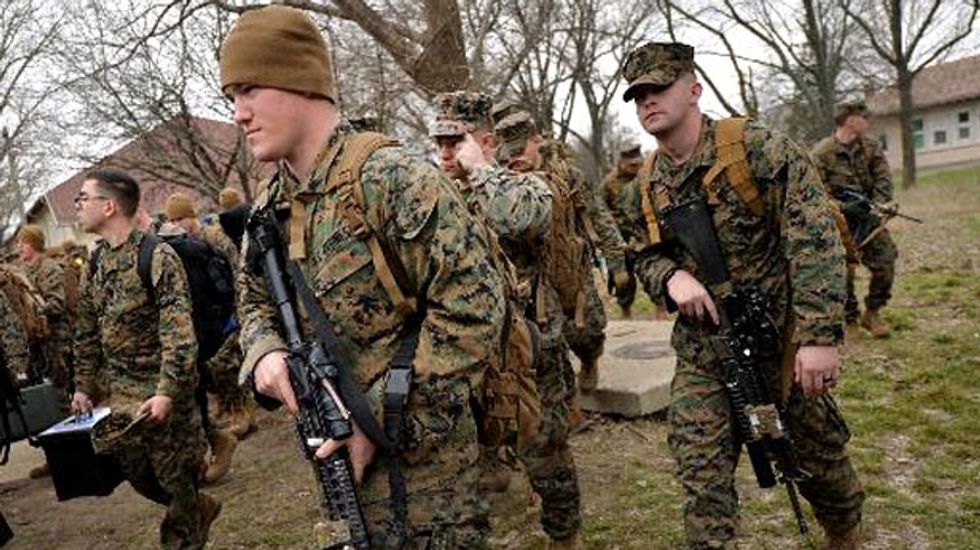 The Pentagon has proposed $79.4 billion in war funding in 2015 even though most or all US troops are due to withdraw from Afghanistan by the end of the year, officials said Tuesday.

"Overseas contingency operations" funds are separate from the Pentagon's "base" budget and have been used to finance wars in Afghanistan, Iraq and counter-terrorism efforts elsewhere for more than a decade.

After President Barack Obama came into office, his deputies vowed to shift the war spending back into the Pentagon's main budget.

But the Defense Department's proposed budget released Tuesday calls for keeping war funding at nearly the same level in fiscal year 2015 as in the current year.

The overseas operations fund is at $85.2 billion this year.

About 33,700 US troops remain in Afghanistan and the bulk of the force is due to depart by December. The Obama administration hopes to keep a small contingent of up to 10,000 troops in the country beyond 2014 -- if the Afghan government signs a bilateral security agreement.

In years past, administration officials predicted that war funding would decline significantly with the planned pullout of American forces from Afghanistan.

But instead, the Pentagon has used the category to finance maintenance and other items that would otherwise be slashed under automatic budget cuts.

Unlike the main base defense budget, the war funding is not subject to the mandatory spending limits enacted by Congress, known as sequestration.

Both the Pentagon and lawmakers last year moved about $29 billion in funding out of the base budget to the overseas contingency fund (OCO), as a way of countering the effect of the automatic budget cuts.

This practice has "largely offset the cuts to the base budget from sequestration," according to Todd Harrison of the Center for Strategic and Budgetary Assessments, a Washington think tank.

But if the war funding drops dramatically after the US exit from Afghanistan, the Pentagon could face a major shortfall in coming years, he said Monday in a teleconference.

"I think that this is a pretty dangerous situation for DoD to be in with being so heavily dependent on the OCO funding ? because that funding stream could disappear quickly," he said.

America's military spending far exceeds any other country, with China a distant second with an estimated $132.2 billion and Russia at about $68.9 billion, according to IHS Jane's consultant group.

But in its budget request, the Pentagon said it faced a shortage of funding for modernizing aircraft, training and maintaining bases.

Pentagon chief Chuck Hagel already laid out the main priorities of the defense budget last week, proposing a cut in the size of the US Army while keeping up investments in hi-tech weaponry.