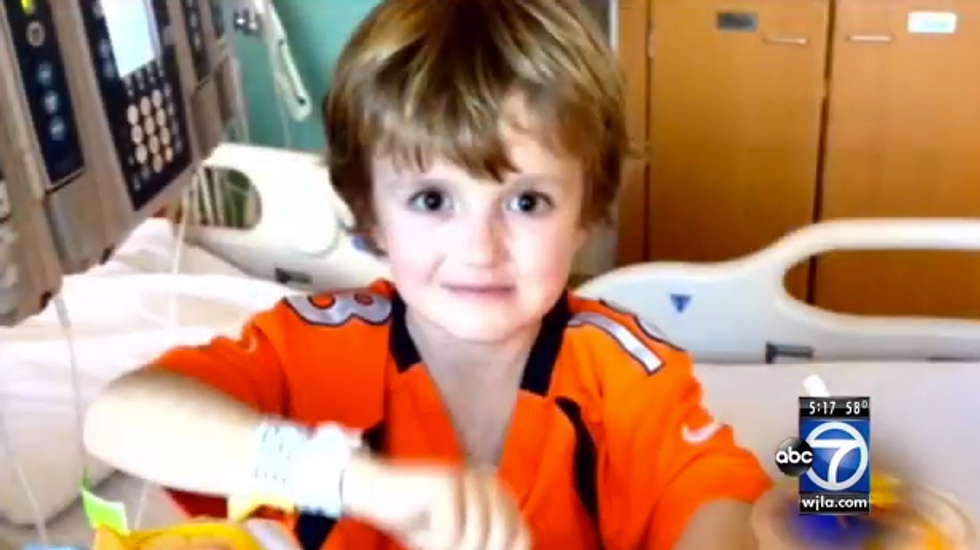 (Reuters) - A dying seven-year-old boy who is suffering from a viral infection could receive an unapproved treatment as early as Wednesday after a drugmaker struck a deal with U.S. regulators to provide the medicine.

Pharmaceutical company Chimerix Inc, lobbied by supporters of Josh Hardy in a campaign that has gained national attention, will make him the first patient in a 20-patient pilot trial of open-label brincidofovir (CMX001).

The drug, used to treat adenovirus infections in patients with weakened immune systems, has not been approved by the U.S. Food and Drug Administration (FDA) and was initially withheld by the Durham, North Carolina-based company.

"Being unable to fulfill requests for compassionate use is excruciating, and not a decision any one of us ever wants to have to make," Chimerix President and Chief Executive Kenneth Moch said in a statement on Tuesday.

"It is essential that each individual in a health crisis be treated with equal gravity and value."

Hardy remains in a critical condition in intensive care at St. Jude Children's Research Hospital in Memphis, Tennessee, after a bone marrow transplant left him with the adenovirus.

He has battled kidney and other cancers since he was nine months old, Internet biographies say.

"Glory to GOD! They are releasing the drug for Josh!" his mother, Aimee Hardy, wrote in a Facebook post after the announcement.

A "Savejosh" Facebook page, which had garnered nearly 23,000 "likes", was used to convey messages of solidarity with the ailing boy and his parents, and to organize a rally at Chimerix headquarters.

The FDA-Chimerix agreement stemmed from a "compassionate use" policy clause that at times allows drugmakers to administer unapproved treatments to patients with life-threatening conditions.

CNN reported St. Jude said it was to receive the drug within 48 hours, but warned its safety and effectiveness has not yet been established for use in treating children.

A hospital spokesman was not immediately available to comment.