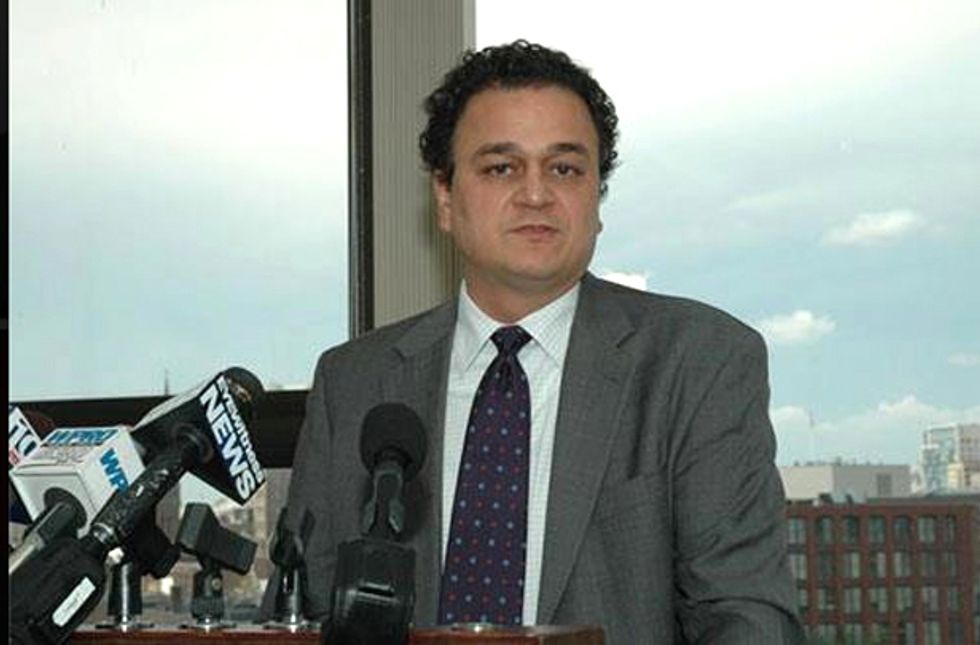 Jim Martin, a spokesman for Rhode Island U.S. Attorney Peter Neronha, informed the press that the shutdown of Fox’s  State House office was part of a “joint law enforcement action” executed by the U.S. attorney’s office, the Rhode Island State Police, the FBI and the IRS. Martin confirmed that two search warrants were executed Friday, however no explanation was given for what they are investigating.

In his position as Speaker, which he attained in 2010, Fox is considered to be the most powerful politician in Rhode Island.

State police officers remained blocking the door to Fox’s office for more than three hours after they arrived. Uniformed and plain-clothes individuals were seen walking in and out carrying boxes and bags, however no one would answer questions for the assembled press.

Fox walked into the front door of his home at around 1:50 p.m. without speaking to reporters who had massed outside.

Shortly before his arrival, FBI agents had carted away a large number of boxes and other materials marked “evidence.”

While  there have been no  indications that Fox was under investigation,  he was previously criticized for his involvement in assisting former Red Sox pitcher Curt Schilling's 38 Studio deal which could end up costing Rhode Island taxpayers $89.2 million.

The office of the U.S. Attorney Peter Neronha previously reviewed  the 38 Studios deal and its aftermath looking to see if  any federal laws were broken, and found no wrong-doing.

Watch the video from WPRI below: