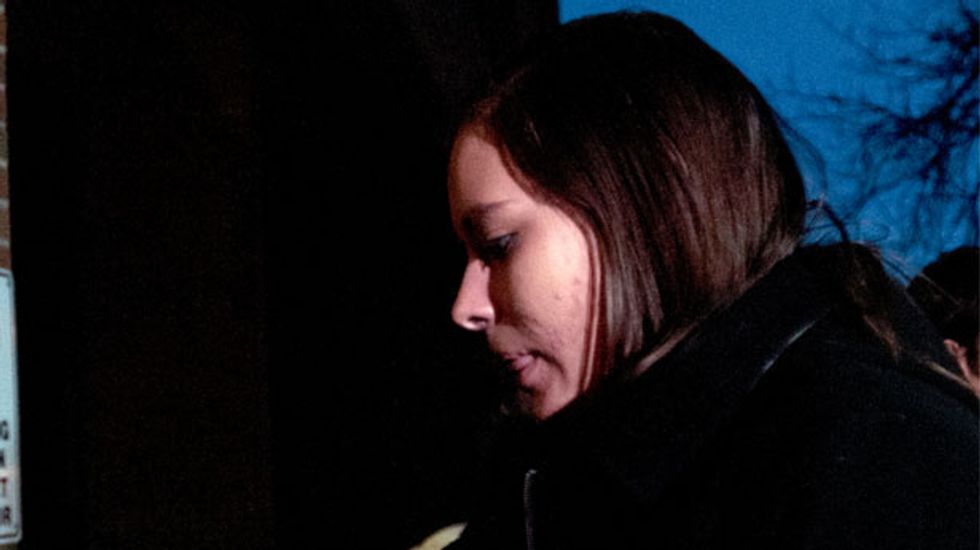 (Reuters) - U.S. prosecutors are seeking a life sentence for a Montana bride who killed her new husband by pushing him off a cliff at Glacier National Park during an argument and after expressing misgivings about their marriage.

The bride, 22-year-old Jordan Graham, struck a deal with prosecutors in December and pleaded guilty to second-degree murder in the high-profile July 7 death of her husband of eight days, Cody Johnson. She is due to be sentenced next week.

The agreement with prosecutors, which came just as closing arguments in her federal murder trial were set to begin, involved the dropping of a first-degree murder count that could have carried a mandatory life sentence.

Prosecutors said that Graham deliberately shoved Johnson, 25, off a rock ledge during a marital dispute while hiking a steep trail at Glacier and then lied to investigators and tried to cover up the crime.

After striking the plea deal, Graham admitted her guilt to U.S. District Judge Donald Molloy, who presided over her trial in Missoula, Montana. She told the judge that her husband had grabbed her hand during the argument and that she "just pushed his hand off and just pushed away."

While a second-degree murder conviction may be punishable by life in prison, it can also result in a lesser sentence of about 20 years behind bars, with possible adjustments for accepting responsibility and other factors.

Federal prosecutors said in a sentencing recommendation filed on Tuesday that a prison term of 24 to 30 years for the second-degree murder count would be insufficient for Graham, whom they described as "extremely dangerous, predatory and an unrepentant murderer."

They argued that the seriousness of Graham's crime, her lack of remorse and the chance she might commit another violent crime warranted a life sentence or no less than 50 years in jail.

"The defendant, despite offering no remorse, has left a mother childless, upended a community and shown no respect for the law during this entire process," wrote Michael Cotter, U.S. Attorney for Montana.

Michael Donahoe, Graham's federal defender, is seeking a 10-year sentence. He said the former nanny had no criminal record before the "tragic event," was unlikely to commit another crime and regretted she had not come forward sooner with the truth.

"She is worthy of punishment and the shame that will no doubt accompany her for the remainder of her life," Donahoe wrote in legal filings. "Defendant has confided to the undersigned that a day does not go by that she doesn't think of her husband and what might have been."