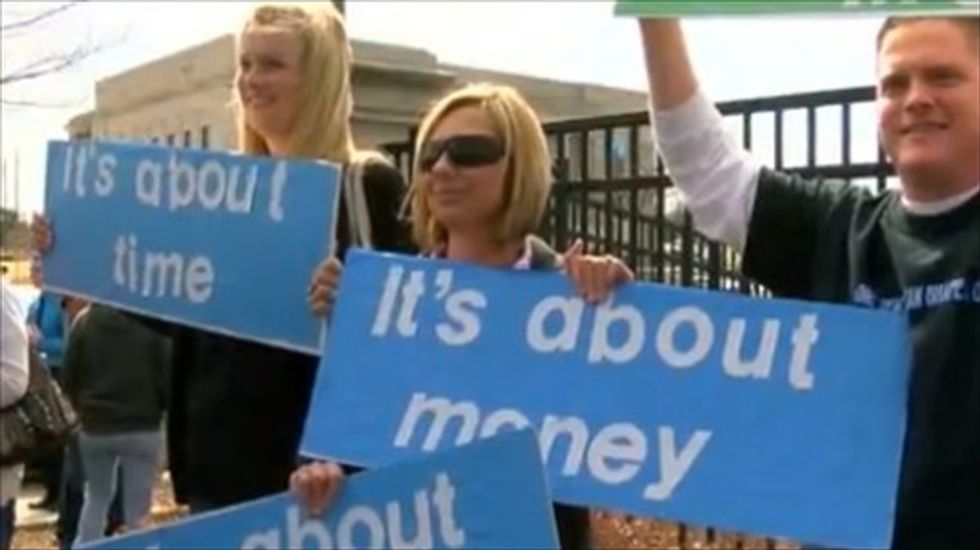 OKLAHOMA CITY (Reuters) - About 25,000 teachers, administrators and students rallied at the Oklahoma State Capitol on Monday, calling for more money for education in the state that ranks among the lowest in per capita spending for students.

Funding for public schools has decreased by about $215 million since 2008, although there are 40,000 more public school students, according to the Oklahoma Education Coalition, which helped organize the protest.

"When that many people converge at the foot of the Capitol, they cannot ignore our voices," said Sheri Guyse, a volunteer at the rally and mother of two Oklahoma City school children.

U.S. government data has shown that Oklahoma ranks among the bottom five states in spending per pupil over the past several years.

Governor Mary Fallin, a Republican elected in 2010 who has pledged to increase funding for schools, said in a tweet on Monday, "I support more $ for K-12 edu."

Watch a report aired on Monday on KJRH-TV below.