Rand Paul at CPAC: Obama is steering U.S. toward 'tyranny' 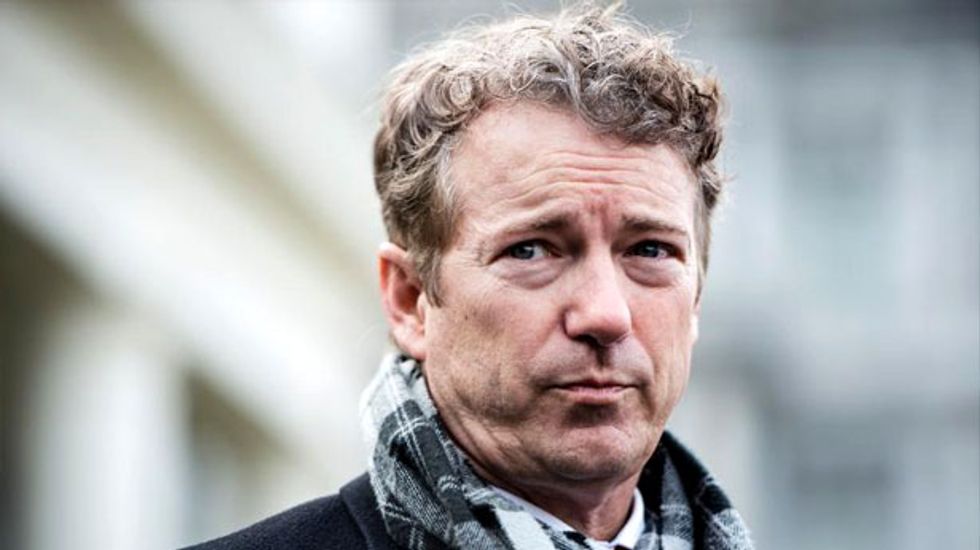 "Imagine a time when the White House is once again occupied by a friend of liberty," the libertarian-leaning lawmaker told the Conservative Public Action Committee (CPAC), where he is hugely popular with small-government Tea Party Republicans.

The son of longtime congressman and former presidential candidate Ron Paul, the libertarian-leaning senator is an unapologetic defender of constitutional liberties and advocate for reducing the role of US government in Americans' daily lives.

Paul raised his profile a year ago when he gave a 13-hour speech on the Senate floor railing against the Obama administration's use of drones and how they might be used to kill Americans abroad.

His stock soared when, in the aftermath of revelations that the National Security Agency was scooping up most Americans' phone records, he sued the president in an effort to end the secret program.

"Will we be like lemmings rushing to the comfort of Big Brother's crushing embrace?" he asked, stoking the crowd by insisting the NSA phone data collection program is eroding their liberties.

"What you do on your cell phone is none of their damn business," he bellowed to a standing ovation.

It was Paul who perhaps most effectively drew listeners to the issue of the Constitution and how Obama is putting its personal protections under threat.

Paul insisted the White House is abusing its power, and warned Obama that Republicans would throw down the gauntlet to "battle you at the ballot box."

If the executive branch can initiate war, amend legislation or detain people without trial, he said in a reference to war-on-terror detainees at the US Naval prison at Guantanamo Bay, "then government unrestrained by law becomes nothing short of tyranny."

Paul won 2013's CPAC straw poll, and he is leading again this year. Results will be announced Saturday.

The 51-year-old lawmaker from Kentucky has substantial credibility among conservatives, including the Tea Party movement that helped send him to Congress.

"He's bold," said Lisa Schaeffer, 57. "He goes in the same direction he started, and that to me is something I don't see very often in a public figure."