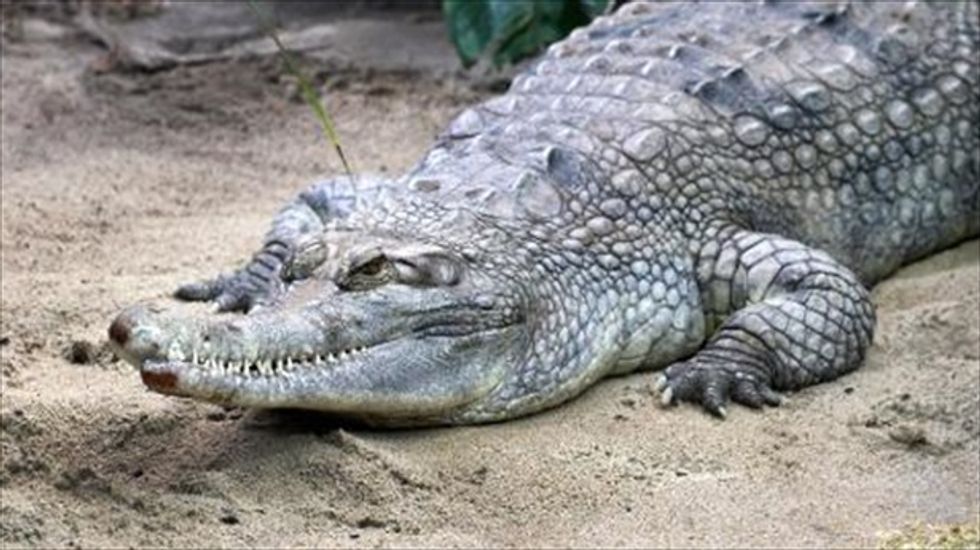 Handout photo obtained on March 19, 2014 shows the Malaysian false gharial female crocodile which was killed during mating at a zoo in Amsterdam [AFP]

A very rare and endangered female crocodile has died of suffocation in a Dutch zoo during attempted mating with a "dominant" male partner, the zoo said on Wednesday.

"In the end she couldn't handle the dominant mating behaviour of the male gavial," Amsterdam's Artis zoo said in a statement of the false gavial (Tomistoma schlegelii) crocodile, introduced in October as part of a breeding programme.

During mating, the male false gavial holds the female down with his mouth "to show his superiority", the zoo said, stressing that the female had "accepted this behaviour".

"She eventually died of suffocation," the zoo said, with multiple bites all over her body, in particular around the neck.

There are only an estimated 2,500 false gavial left in the world. The crocodile is native to Malaysia, southern Myanmar and Indonesia's Borneo, Java and Sumatra.

The zoo had for years had a male and female false gavial but they did not mate and so they introduced another female, who died.

In the wild male false gavials can mate with multiple females.

Only 10 zoos in Europe have a captive false gavial.