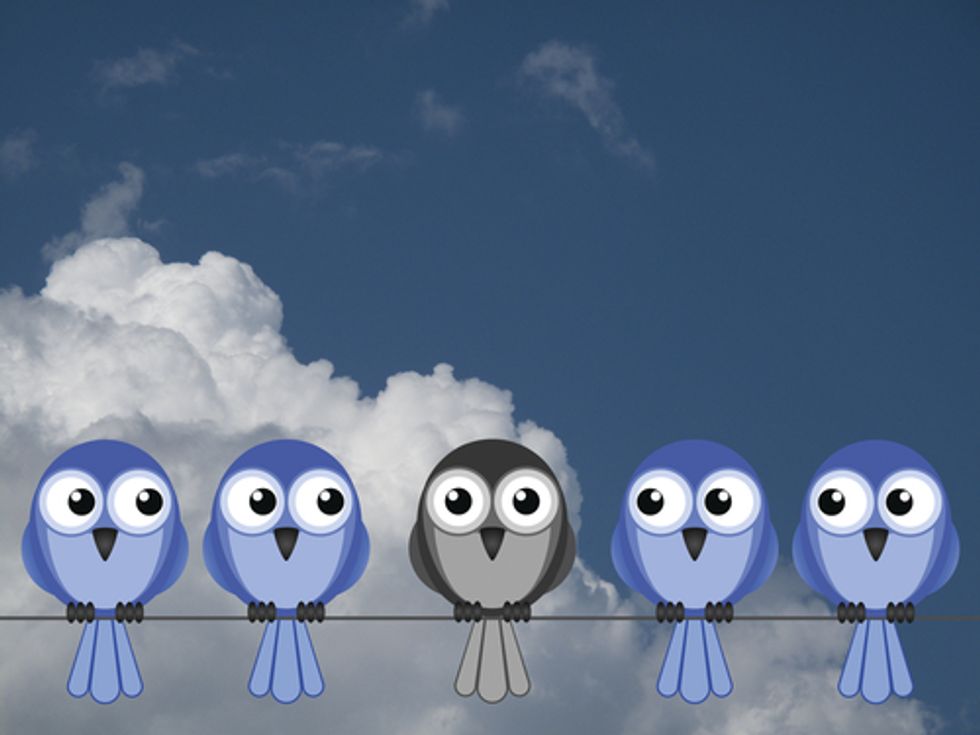 "Nuh-uh" is a standard reply conservatives make to accusations of bigotry, and it's surprisingly effective, for one simple reason: Conservatives want to drag the debate over to the topic of what's in their hearts instead of what's in their actions, because they know that no matter how hateful and bigoted they may be on the inside, as long as they carefully parse their words to outsiders, they can claim to be loving and generous in spirit. It's migraine-inducing. You're seeing it happen with the whole gay marriage thing, where the new line is, "We're not bigoted, we just have sincere religious beliefs that are indistinguishable from bigotry!" It's the descendent of the mid-20th century claim from racists that they aren't racist, they just have a strong religious belief that the races should be separate. It's transparent horseshit, but unfortunately there are some people who are eager to eat piles and piles of horseshit. Like Conor Friedersdorf, who is trying to argue that refusing to photograph same-sex weddings is not bigotry:

Remember the New Mexico photographer who got sued after declining to photograph a lesbian couple's wedding, citing religious objections to same-sex marriage? Her name is Elaine Huguenin. In Slate, Mark Joseph Stern has branded her a "homophobe" and an "anti-gay bigot" whose actions sprung from hatred.* He offers no evidence in support of those charges. Insofar as I've found, nothing in the public record establishes that this Christian photographer is afraid of gay people, or intolerant of them, or that she bears any hatred toward gays or lesbians.

The facts of her case do suggest that she regards marriage as a religious sacrament with a procreative purpose, that her Christian beliefs cause her to reject same-sex marriage, and that her business discriminates against same-sex weddings because she believes wedding photography requires artistic efforts to render the subject captured in a positive light. She believes making that effort would be wrong....

That assumption is wrongheaded. A closer look at the photographer's case is the best place to begin. Jonathan and Elaine Huguenin lost a case before the New Mexico Supreme Court, and have now appealed the ruling. As noted in their petition to the U.S. Supreme Court, the Huguenins' photography business does serve gay and lesbian clients, just not same-sex weddings. Insofar as a photographer can distinguish between discriminating against a class of client and a type of event—there is, perhaps, a limit—their business does so: "The Huguenins gladly serve gays and lesbians—by, for example, providing them with portrait photography—whenever doing so would not require them to create expression conveying messages that conflict with their religious beliefs."

As with anti-choicers claiming they just love life and don't hate women---knowing as they do that we can't actually peel open their skulls and see the misogyny we are 99% certain is actually there---this dishonesty might seem like a dead end. Can't see in the brain, so can't know for sure, right? But with antis, we can look for hypocrisies (they continue to celebrate birthdays instead of conception days) and context (they also organize against contraception, even though it's known to prevent abortion) to demonstrate with a fair amount of certainty that they are lying.

I think that's fairly easy to do in this case. How consistent is Huguenin when it comes to insisting that couples follow her strict religious beliefs before she photographs them? Does she insist on only doing weddings where both the bride and groom are virgins? Does she only photograph couples in religious ceremonies? Since hers is the only one true religion, a belief that is fundamental part of Christianity, does she refuse to photograph anyone who marries outside of her own particular flavor of Christianity? Since marriage, in her estimation, serves only a procreative purpose, does she refuse to marry couples where the woman is post-menopausal or either has reason to believe they are infertile? Does she make the couple sign a disclaimer saying they will not use contraception during the entire duration of their marriage before she agrees to photograph them? Does she refuse to photograph any wedding where either the bride or groom is divorced?

Maybe. I doubt it all, though, or she wouldn't offer wedding photography at all, since pretty much no straight couple actually meets these religious standards. So no, she's not refusing to participate in weddings that offend her broad view of marriage as a strictly religious, procreative institution. She is singling out gay couples.

The religious-bigotry-isn't-bigotry argument holds no water for a lot of reasons. Friedersdorf plays a sleight of hand by talking about how he believes his anti-gay Christian friends don't hate gays, but the question on hand is whether or not they are bigots, not the exact levels of hate in their hearts. As djw at Lawyers, Guns, and Money writes:

And that's the thing. Friedersdorf probably would blanch if someone said the Jews killed Jesus, even though that was an explicit religious teaching for a long time in the Catholic church, and to be frank, kind of still is with all the passion plays. But as I note with the examples of where I suspect Huguenin bends on her "sincere religious conviction" about the purpose of marriage, religiously motivated bigotry is reined in by religious people all the time. Like I said earlier this week, there used to be widespread Christian hostility to "race-mixing", but somehow that "sincere religious conviction" dissipated once it became socially toxic to openly praise segregation. Conservatives cite "religion" as a cover for bigotry because they're exploiting the widespread but false belief that religion is received wisdom and therefore inflexible. But the historical reality shows that religion is actually just whatever the believers want it to be, and that it can and does change at the drop of  a hat. That's why it's ridiculous to claim someone has to be a bigot because of their religion. No, they are a bigot and use religion to justify it. That's how it always has been and how it is today.