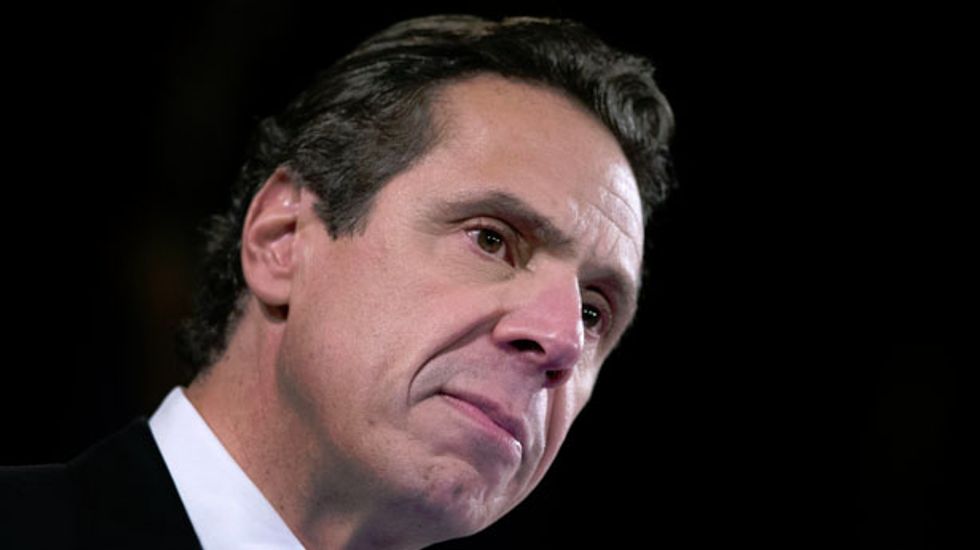 "I'm tired of listening to the fairy tale that everything is just great when it's just the opposite," Astorino said in a six-minute video posted on his campaign website.

A February Quinnipiac poll found New York voters favoring Cuomo 58 percent to 24 percent over Astorino in a hypothetical match-up. While more than six in 10 New Yorkers approve of Cuomo's job performance, 86 percent of voters say they haven't heard enough about Astorino to form an opinion.

"The to-do list is very long," Miringoff said. "He needs to raise money, he has low name recognition, he's trailing."

Despite his uphill challenge, Astorino could emerge as a formidable candidate. He easily won re-election last November in Westchester, a heavily Democratic county.

In his video, Astorino sounded many of the themes that have been central to Cuomo's message: lowering taxes and making the state more competitive, and working with members of the opposing party.

Astorino also said New York has been "losing" under Cuomo, and mocked the governor on several issues, including delaying a decision on whether to allow fracking, a horizontal drilling technique for natural gas that has been controversial due to environmental and health concerns.

The Republican field is still unsettled ahead of this year's primary, which has not yet been formally scheduled. Real estate mogul Donald Trump has floated the idea of running, though public opinion polls suggest New Yorkers deeply oppose the idea.