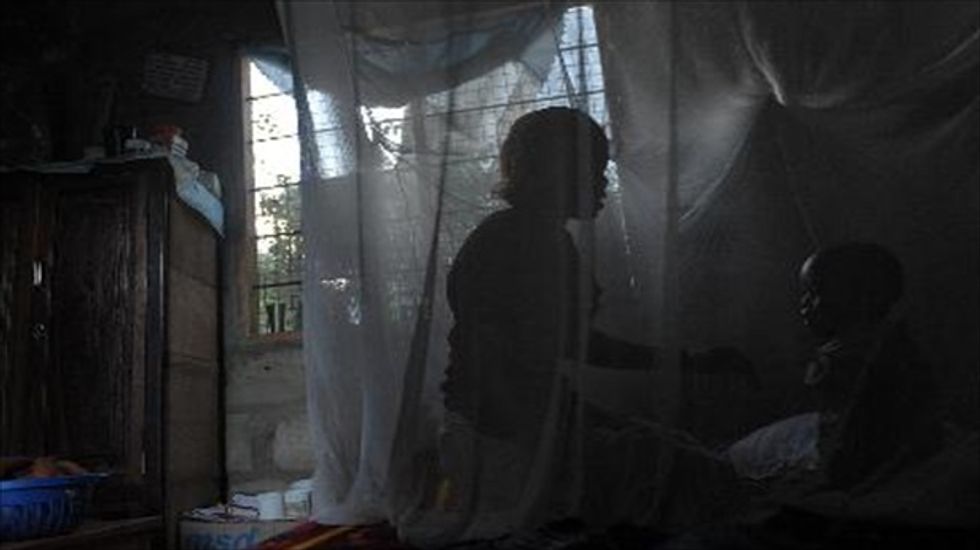 A mother and her child sit on a bed covered with a mosquito net near Bagamoyo, in Tanzania [AFP]

Malaria is on the march to higher elevations as temperatures warm due to climate change, a trend that could increase the number of people sickened by the disease, researchers said Thursday.

The study in the U.S. journal Science was based on records from highland regions of Ethiopia and Colombia, raising concern about a potential spike in cases of the the mosquito-borne disease, which killed some 627,000 people in 2012.

British and U.S. researchers examined malaria case records from the Antioquia region of western Colombia from 1990 to 2005 and from the Debre Zeit area of central Ethiopia from 1993 to 2005.

"This is indisputable evidence of a climate effect," said University of Michigan theoretical ecologist Mercedes Pascual.

"The main implication is that with warmer temperatures, we expect to see a higher number of people exposed to the risk of malaria in tropical highland areas like these."

Experts are concerned because once malaria moves into new high-altitude areas, local people may be at risk for severe complications and death.

"Because these populations lack protective immunity, they will be particularly vulnerable to severe morbidity and mortality," said co-author Menno Bouma, honorary senior clinical lecturer at the London School of Hygiene and Tropical Medicine.

Previous research has suggested that a one-degree Celsius temperature increase could cause three million extra malaria cases annually in Ethiopia among youths under 15.

Malaria is a top killer of children, particularly in Africa where it takes the life of one child every minute, according to the World Health Organization, which counted some 207 million malaria infections in 2012.

Malaria can be prevented with nets, insecticides and medicines.

"Our findings here underscore the size of the problem and emphasize the need for sustained intervention efforts in these regions, especially in Africa," Pascual said.