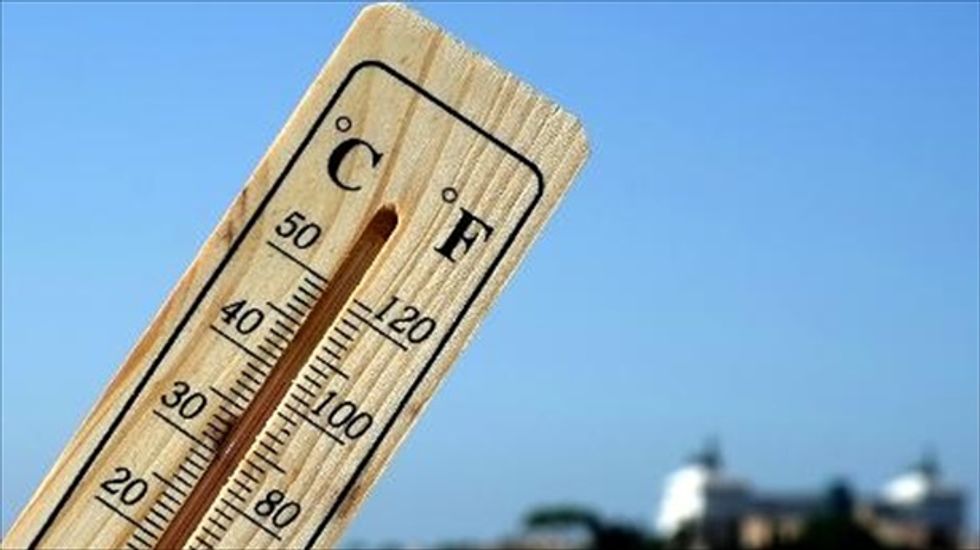 Europe is headed for scorching summers with temperatures well over 40 degrees Celsius (104 deg Fahrenheit) and droughts in the south within the next 40 years, climate scientists said Friday.

Europe is expected to witness some of the most dramatic climatic changes due to global warming, according to research published in the journal Environmental Research Letters.

As well as hotter summers, Europe's north should see considerably milder winters -- some 5 C to 8 C warmer in Scandinavia and Russia.

"Most of Europe will experience higher warming than the global average" of 2 C, said the team.

UN negotiators are aiming to keep global warming at only 2 C above pre-Industrial Revolution surface temperatures, saying that it threatens rising sea levels, more droughts and floods, and an increasing spread of disease.

If only "moderate actions" are taken to curb Earth-warming greenhouse gas emissions, the 2 C warming will already have been reached by mid-century, the team said, and even sooner if current trends continue.

"Even the achievement of the 2 C goal will be accompanied by a significantly changed climate from today, and will necessitate adaptation," they wrote.

A global increase of 2 C will mean particularly large increases in Europe, except for the UK which will have lower relative warming.

In summer, daily maximum temperatures could be 3-4 C higher over southeast Europe and the Iberian Peninsula "and rise well above 40 C in regions that already experience some of the highest temperatures in Europe, such as Spain, Portugal and France," said the statement.

"Such higher temperatures will increase evaporation and drought", and increase heat stroke risk.

In winter, maximum daily temperatures could be 2-3 C higher in central and southern Europe, and 5-8 C in Scandinavia and Russia.

"The higher winter warming in Northern Europe will have a mix of positive as well as negative effects, including reduced winter heating" and a drop in cold-related deaths, said the study.

It would negatively impact winter tourism and ecosystems.

Rainfall may decline by up to 10 percent in southern Europe on average, and increase by the same margin in the north, said the study.

"Most of the continent will experience an increase in instances of extreme precipitation, increasing the flood risks which are already having significant economic consequences," such as in England at the moment.

The average global temperature has already increased by 0.8 C on pre-industrial levels.

According to the UN's Intergovernmental Panel on Climate Change (IPCC), it could rise an added 2.6 to 4.8 C by the end of this century, on a high-emissions scenario.