Researchers: One out of every 68 U.S. children has autism 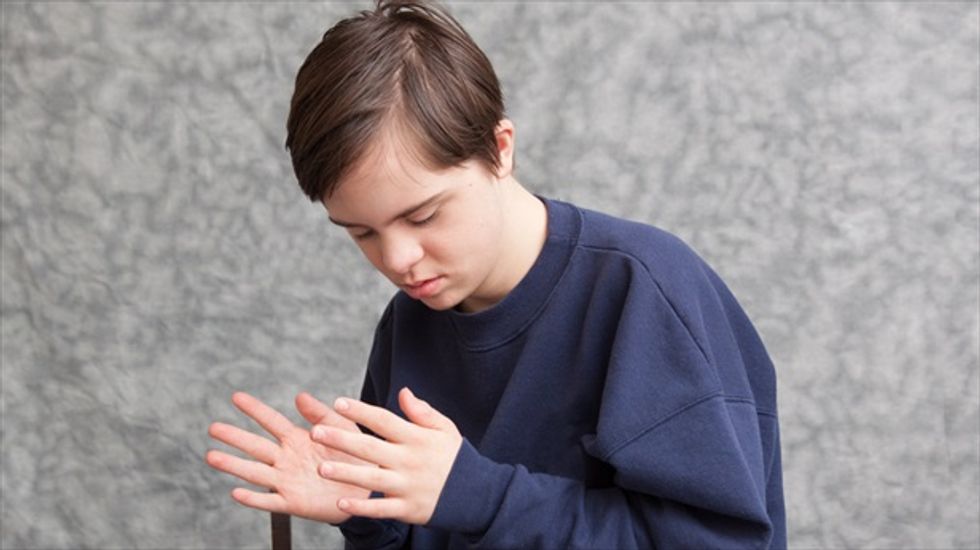 'A boy with autism' [Shutterstock] http://tinyurl.com/pgjcuk2

One in 68 U.S. children has autism, a 30 percent rise over the last estimate released in 2012, health authorities said Thursday.

The report by the Centers for Disease Control and Prevention raised concern and sparked calls for early screening, as well as more research and investment.

Autism is a developmental disorder that has no known cause or cure. It affects people of all races with a range of difficulties in social, emotional and communication skills.

Recent research suggests the disorder may originate in the womb, and could be linked to defects that arise during prenatal brain growth.

The "proportion of children with autism and higher IQ (is) on the rise," the CDC said in a statement.

Previously, as many as one in 88 US children were known to have autism spectrum disorder, or ASD.

The findings were based on diagnoses of eight-year-olds at 11 U.S. sites in 2010.

The prevalence of autism varied widely, from one in 175 children in Alabama to one in 45 children in New Jersey.

The data continued to show that autism is five times more common in boys than in girls. In the United States, one in 42 boys is diagnosed with autism, compared to one in 189 girls.

The reasons for the rise were unclear, but the CDC said the criteria used to diagnose autism spectrum disorder and the methods used to collect data have not changed.

The American Academy of Pediatrics issued a statement that said the CDC report shows the "urgent need" for better screening and intervention strategies.

"It's critical that we as a society do not become numb to these numbers," said Susan Hyman, chair of the AAP autism subcommittee.

"They remind us of the work we need to do in educating clinicians and parents in effective interventions for all children, including those with developmental disabilities."

The CDC report also found that most children were diagnosed after age four, although the disorder can be identified by age two.

Symptoms of developmental delays at age one could include not saying "mama" or "dada," not crawling, or not being able to point or wave, the CDC said on its website.

By age two, signs could include not following instructions, being unable to say two-word phrases like "drink milk," not knowing what to do with common objects like a fork and spoon, or losing skills the child once had.

"Community leaders, health professionals, educators and childcare providers should use these data to ensure children with ASD are identified as early as possible and connected to the services they need," said Coleen Boyle, director of the CDC's National Center on Birth Defects and Developmental Disabilities.

Congressman Chris Smith, chairman of the House Global Health Subcommittee and co-chairman of the bipartisan Coalition on Autism Research and Education, called the CDC report "deeply disturbing" and an "ominous trend."

"The bottom line: more children, more families are struggling with autism and the federal government must do more to help."

[Image: "A boy with autism clapping his hands," via Shutterstock]