Researchers: Peru, Indonesia and the Philippines are among budding economic powers 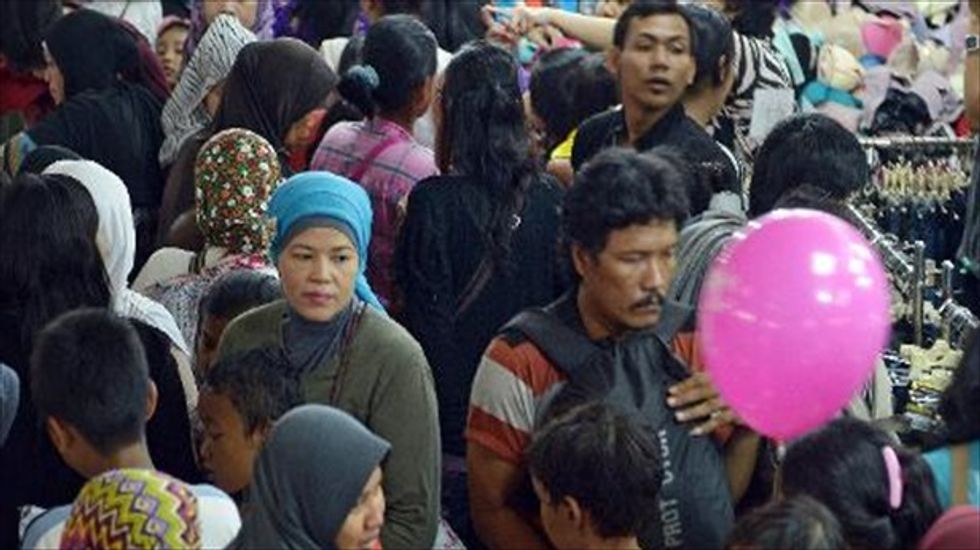 Indonesians pack a crowded shopping match on the 19th day of the holy month of Ramadan in Jakarta on July 28, 2013 [AFP]

Indonesia, Bangladesh and Ethiopia are among 10 countries set to take over as emerging economies from the powerful BRICS nations as they struggle with growing pains, a French credit body said on Tuesday.

"After 10 years of frenetic growth" the big five emerging economies of Brazil, Russia, India, China and South Africa -- the BRICS -- "are slowing down sharply," the French trade credit and insurance group Coface said.

In a report entitled "Coface identifies 10 emerging countries hot on the heels of the BRICS," the organisation said that average economic growth by the BRICS this year would be 3.2 percentage points less than the average in the last 10 years.

But "at the same time, other emerging countries are accelerating their development," it said.

The growth of emerging economies and the effect this has on world trade flows is closely analysed by economists because of the huge impact on every aspect of the global economy and power balances.

Coface broke the 10 new emerging economies it has identified into two groups.

The first comprises Peru, the Philippines, Indonesia, Colombia and Sri Lanka, which it named the PPICS.

They had "strong potential confirmed by a sound business environment," Coface said.

But these countries are marked by "very difficult or extremely difficult business environments which could hamper their growth prospects," Coface said.

However, the head of country risk at Coface, Julien Marcilly, said that in 2001 "the quality of governance in Brazil, China, India and Russia was comparable to that of Kenya, Tanzania, Zambia, Bangladesh and Ethiopia today."

The total gross domestic product of the new 10 was only 70 percent of the output of the BRICS in 2001, and they had a current account deficit of about 6.0 percent of GDP whereas the BRICS had run a surplus on average.

On a positive note, the new 10 had inflation which was about 2.8 percentage points lower than BRIC inflation in 2001, and their public debt was about 40 percent of output compared with 54 percent for the BRICS at that time.

Coface said that growth in the BRICS was slowing down, despite favourable trends for consumption, because of an adjustment in supply and "a marked slow-down in investment."

Local businesses could no longer satisfy strong demand, it said.

Marcilly said that the BRICS were moving into a new phase since their exports were becoming less competitive, and because they were not yet competitive in offering products with very high added value.

This was why Coface had set out to identify the next wave of driving emerging markets, looking for potential annual growth exceeding 4.0 percent, a diversified economy without undue dependence on the sale of raw materials, and some capacity to absorb economic shocks.

These conditions had to be matched by a financial system capable of supporting investment, but without raising risks of overheating.

The chief economist at Coface, Yves Zlotowski, said that the organisation had tried to combine measures of growth potential and risk potential.

This method had excluded Vietnam from the list of new emergers because although it had strong economic potential, its financial system was out of control, he said.

Coface said that its list of so-called neo-emerging markets could not be compared with the BRICS in terms of size and population.

The use of the word PPICS as an acronym comes in a line of attempts by economists to group various types of new emerging economies.

Among these are MINT for Mexico, Indonesia, Nigeria and Turkey, or CIVETS for Colombia, Indonesia, Vietnam, Egypt, Turkey and South Africa.