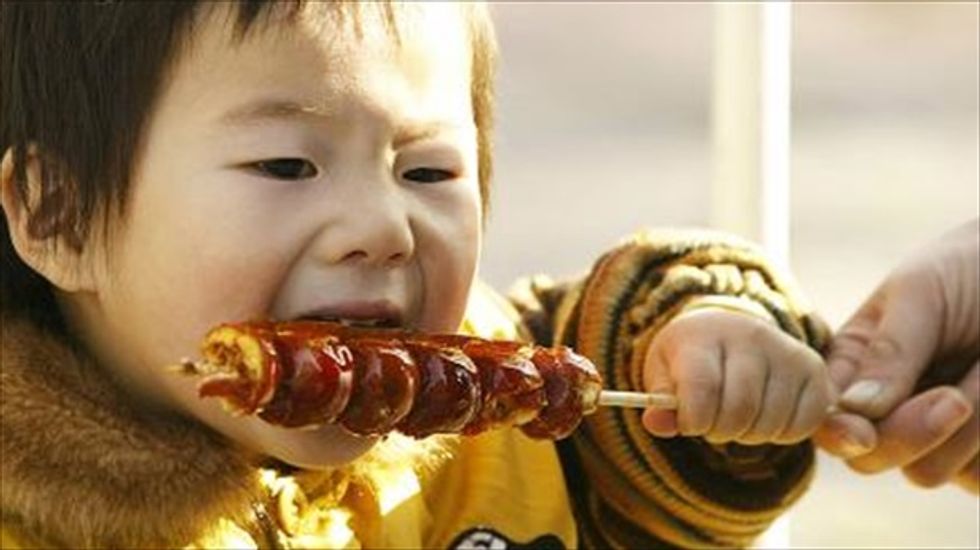 A third of US children tested for cholesterol have borderline or high levels, placing them at higher risk of cardiovascular disease as adults, says a study out Friday.

Researchers studied the medical records of nearly 13,000 kids in Texas aged nine to 11 who were screened for cholesterol as part of a routine checkup.

Of this group 4,700, or 30 percent, had borderline or elevated total cholesterol, said the study presented to the yearly conference of the American College of Cardiology, which is meeting this weekend in Washington.

These worrisome results show that "this is a population that needs attention and could potentially benefit from treatment," said Dr Thomas Seery, paediatric cardiologist at Texas Children?s Hospital, assistant professor of Pediatrics at Baylor College of Medicine, and the lead investigator of the study.

Although cardiovascular illnesses are rare among children, the presence of certain risk factors in the early years of life can increase the chances of developing heart disease as an adult.

Previous studies have shown that atherosclerosis, a hardening and narrowing of the arteries, can begin in childhood.

"If we can identify and work to lower cholesterol in children, we can potentially make a positive impact by stalling vascular changes and reducing the chances of future disease," Seery wrote.

He said this is important amid the growing obesity epidemic in the US, which is resulting in a larger population of children with dyslipidemia -- an abnormal amount of cholesterol or fats in the blood

It is estimated that 31.9 percent of youths aged two to 19 are overweight or obese in this country.

The authors said they hope their findings will give more weight to guidelines sponsored by the National Heart Lung and Blood Institute and issued in 2011 and sponsored by the American Academy of Pediatrics that call for universal cholesterol screening of children between the ages of nine and 11 years and, again between 17 and 21.

Currently, cholesterol-lowering medications are typically needed in one to two percent of children with dyslipidemia, primarily in those with very high cholesterol resulting from a genetic lipoprotein disorder, they said.